Now if we can just get the genetics down


A friend of mine brought up a robotic exoskeleton video he saw the other day.  The version he was talking about though was a full armature to increase the wearers strength for the logistic side of war.  Unloading supplies in bulk, fitting missiles to aircraft, things that if you bench 1000 pounds you'd be set for life.  It did have some limitations, namely it had to be plugged in to it's power source to operate.  This video shows a similar armature, all though it's more streamlined and has an independant power supply. As the technology for this gets better, i.e. more efficient motors, sensors, and lighter materials, this could actually be something we see on the battlefield in the future.  The HAL suit from Cyberdine (try and tell me the guy didn't know what he was doing when he named his company) is actually reading the nerve impulses as they travel from the brain to the legs and that's just amazing.

As it stands now the U.S. version is going for something more like this... 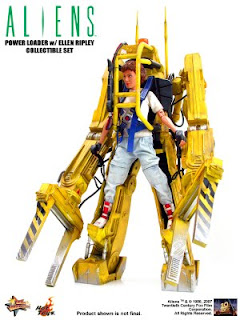 And not so much something like this, at least not yet. 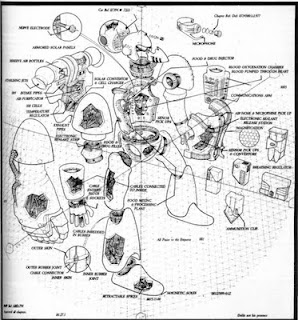 So what do you guys think? Are we on the verge of having power armored marines in the not so distant future?  Is the company Cyberdine, from Japan of all places, going to usher in the apocolypse when their suits become sentient?  If this is what we do get to see, can you imagine the suit we aren't allowed to see?  Anyone else find anything that could be coined as "40k in real life"? And no, the Blood Ravens rhino doesn't count...  ;-)