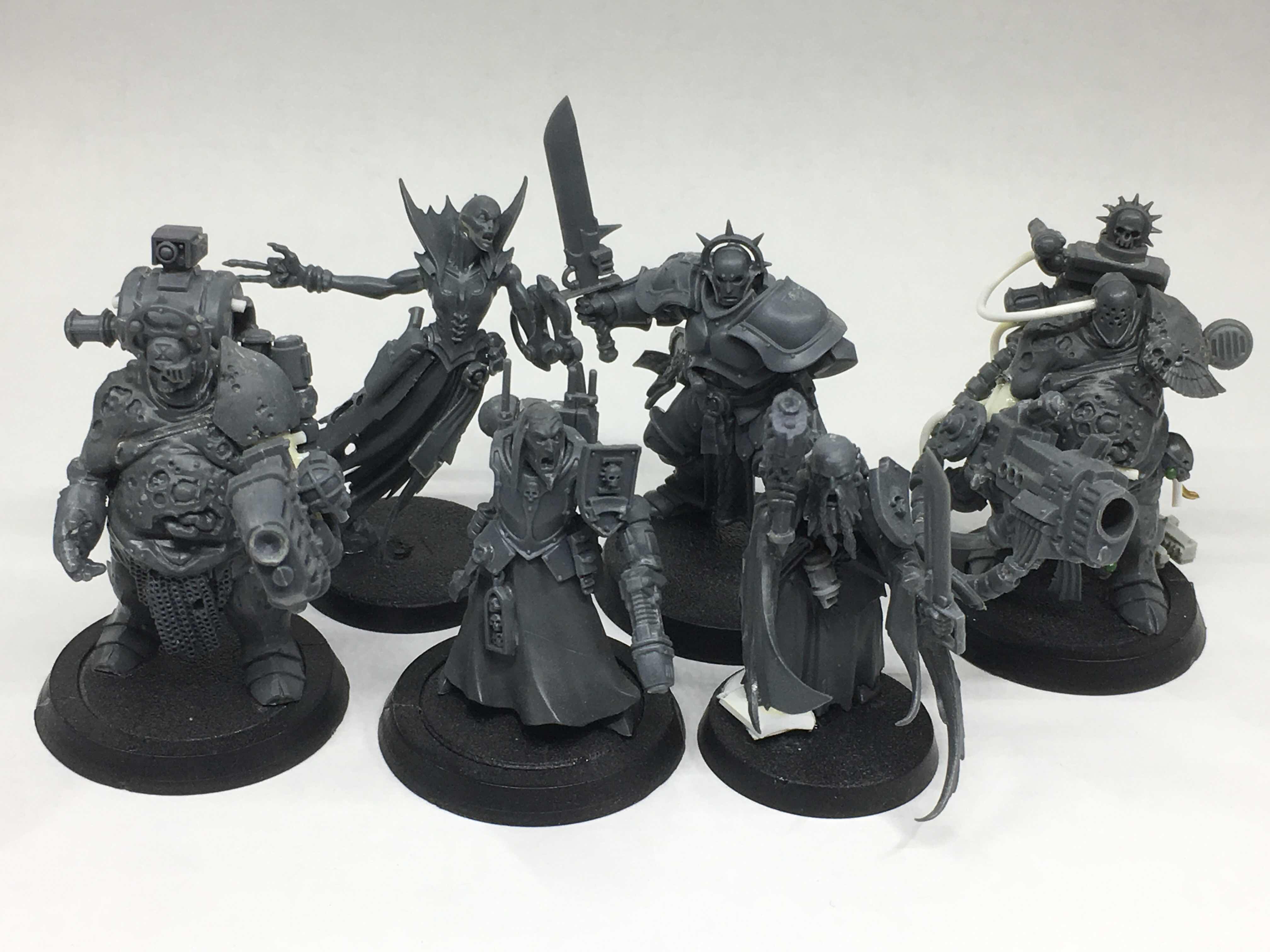 So there’s a thing that happens with models for just about any gaming system.  You start with your game of choice and after awhile you start to browse the Internet for existing alternative models... you might want to field multiples of the same unit, or your looking at models you might get for the future.  That’s when you see it.  A model that fits what you thought the model should look like in your head... but it’s completely converted.
But you want something similar.
So go for it.
Yes it can be a daunting endeavor, even downright intimidating in some cases.  But you will have that unique piece for your army and the satisfaction modifying an exsisting unit better than what was released.
To be completely, 100%, honest it’s why I collect Chaos to begin with... all the conversion possibilities.
Start out small.  Head swaps can do wonders.  You can completely change how a model looks just by swapping the head out.  Looks at the Genestealer Cult upgrade sprue as an example.  Regular Cadia bodies with different heads and sometimes a few items of bling to show who they really are.  Simple.  Effective.  Easy to do since GW provides the kit to do it.  Maybe take those heads and swap out a few for your Chaos Cultists and use a little liquid green stuff to smooth out the head ridges.  Or scrape the ridges off with a slightly dull blade.  Still a simple conversion, but requires a little extra cutting on the Cultists.  There are several companies out there that make replacement heads of all types for your army too... Maxi Mini and Puppetwars have a ton of alternative heads and other bits, and they are just 2 companies out there.  I use Maxi Mini Fallen Legionnaire heads for head swaps on my Renegade Guard/Cultists and I love the look.  It gives them a serious Blood Pact vibe, especially when used on Scion bodies. 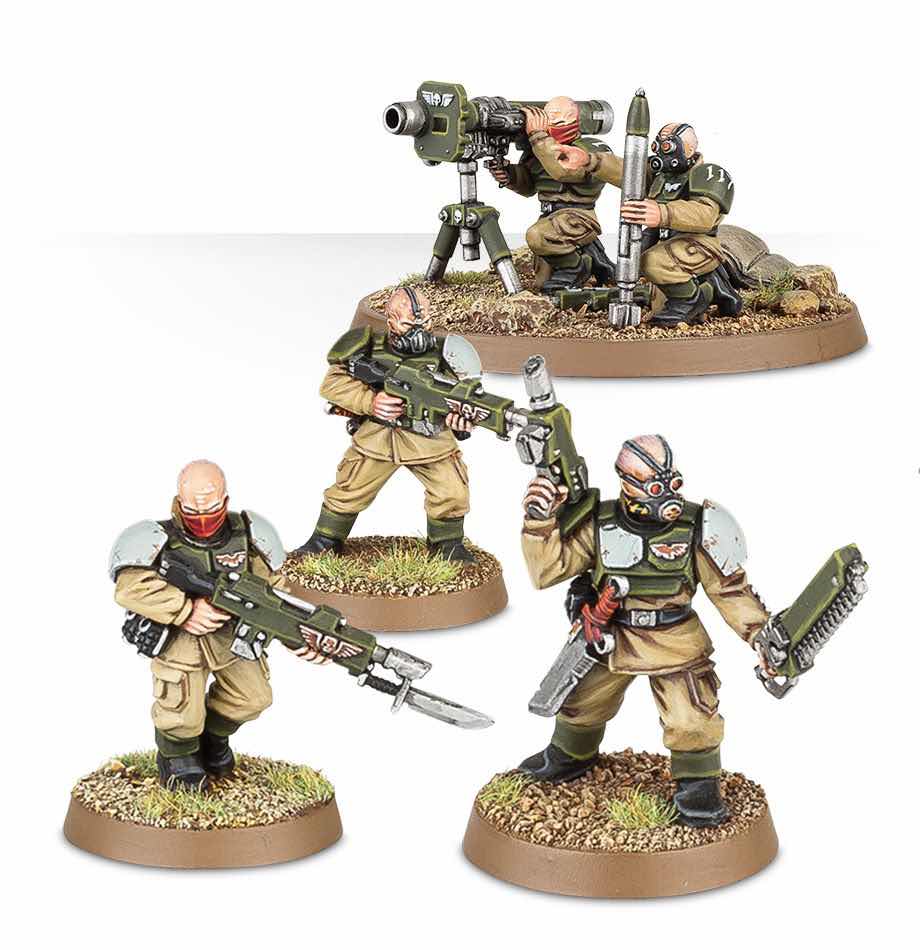 Just something like that can breath new life into your collection while making it completely yours.
But that’s just the beginning, and really was a lead in to this part... which is a personal favorite of mine...
Use Age of Sigmar(AoS) models in your 40k collection.
Now, I had already done something similar to this with my Warpsmith made from a Carin Wraith.  A lot of people have used that model to some really truly stunning effects.  Go look, you’ll find some truly amazing things... use Inq28 if you need a little help to find stuff. 🎉  In fact the major players for converting models before AoS was the Carin Wraith, plastic Necromancer, Nurgle Lord with axe, Banshee, and Dark Elf wizard.  I have all of those models in my Inquistor warband.  I even used Witch Elves for my Death Cult Assassins.  They are still super good for converting, they didn’t disappear like some models did with AoS.
Anyway... 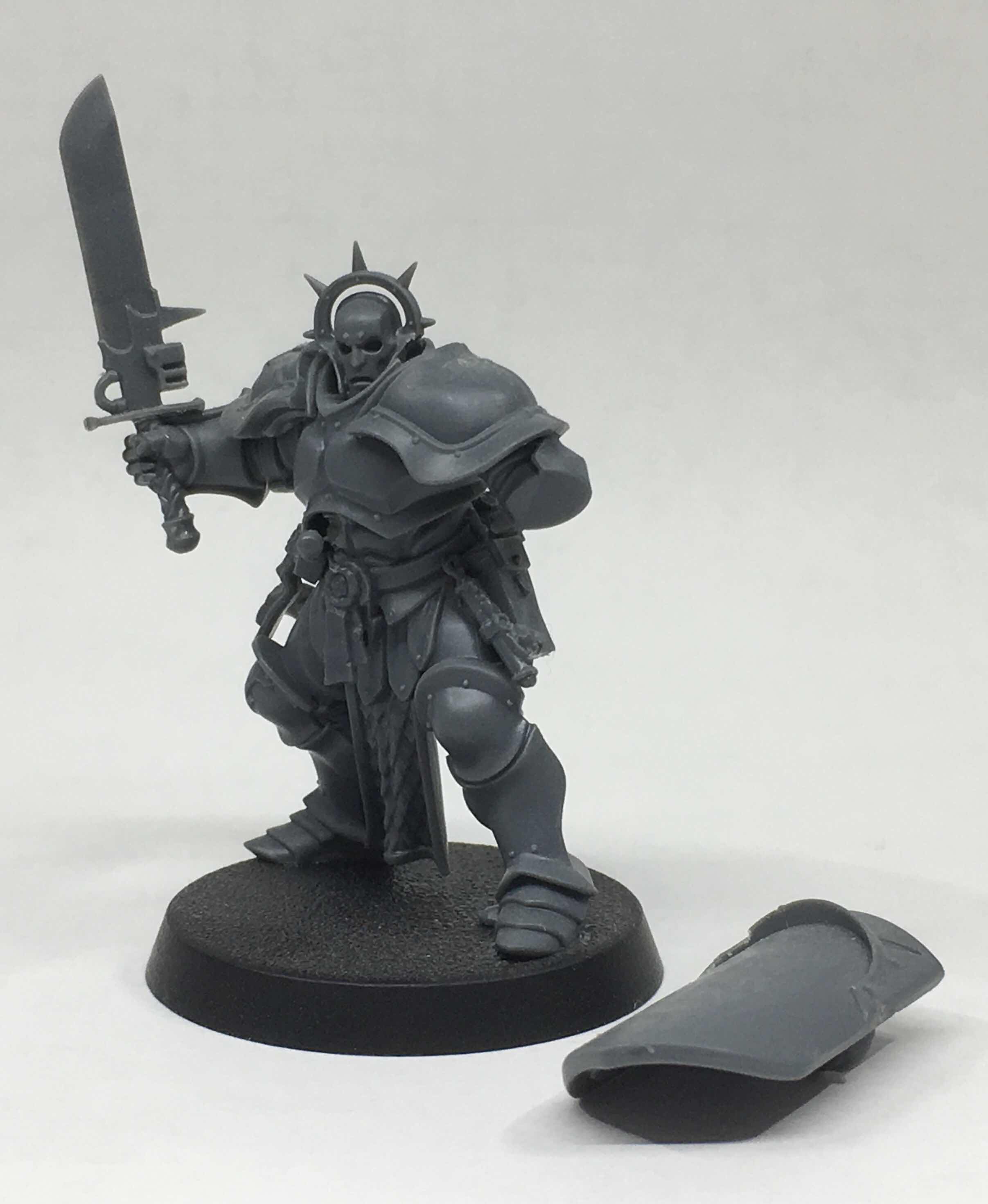 The very first model I converted from AoS to 40k was the Stormcast Eternal that came free in whatever issue of White Dwarf ages ago.  I clipped the hammer off and replaced it with a Grey Knight falchion; added some purity seals and few bits and bobs for the belt; scraped the hammer off the shield... I still need to find an =][= symbol for it; and I had a Crusader for my Inquisition side project.  It practically built itself.  That’s sort of the point.  Certain models from the AoS line are just asking... maybe even begging... to be brought over to 40k.
Now the next model I tried this with was the Slaughter Priest.  It was a horrible conversion and died on the table.  Same deal, I got it from the White Dwarf it came with.  I mean, it wasn’t my system of choice so there was no way I was going to actually buy AoS models.  Yet.
That changed with trying to find a good replacement for Khorne Berserkers, which have to be the king of durpy models in 40k right now.  The AoS Blood Warriors are a truly amazing kit in terms of detail and size. They look like the rage swollen killers they’re supposed to be.  A few minor changes and you can have way better Berserkers for your army than the super outdated kit GW is still selling.  I mean all they really have to do is open the Blood Warrior CAD file and add armored greaves for the feet and a mounting point for the backpack and have a new kit that would just be printing them money.  So for this type of conversion, there’s several kits to get Blood Warriors from.  I used the push-fits from the starter box, and the 10 count box kit as well(with a little searching on eBay you could probably still find those Blood Warrior push fits for a decent price).  You just need to think about where to cut with the push-fits.  A lot of the time your not cutting the entire arm off, just at the elbow.  Use a little green stuff to make a mounting point for the backpack and you have better Berserkers for your army.  If you’re using the box set, which I recommend since it’s less work, you just need to put a small tab of plastic in the socket of the torso.  After that just use regular CSM arms for your weapons of choice.  Since your using regular marine arms, that means your using marine shoulder pads so the backpack can be directly glued to the torso, no mounting point needed.
*As a side note, I would suggest Raptor arms for these since those chainswords are particularly brutal looking.
**As another side note, I have seen more extensive conversions where people have chopped the leges to attach armored greaves and that’s just too much work for me... I have no problem with Berserkers in leather boots. 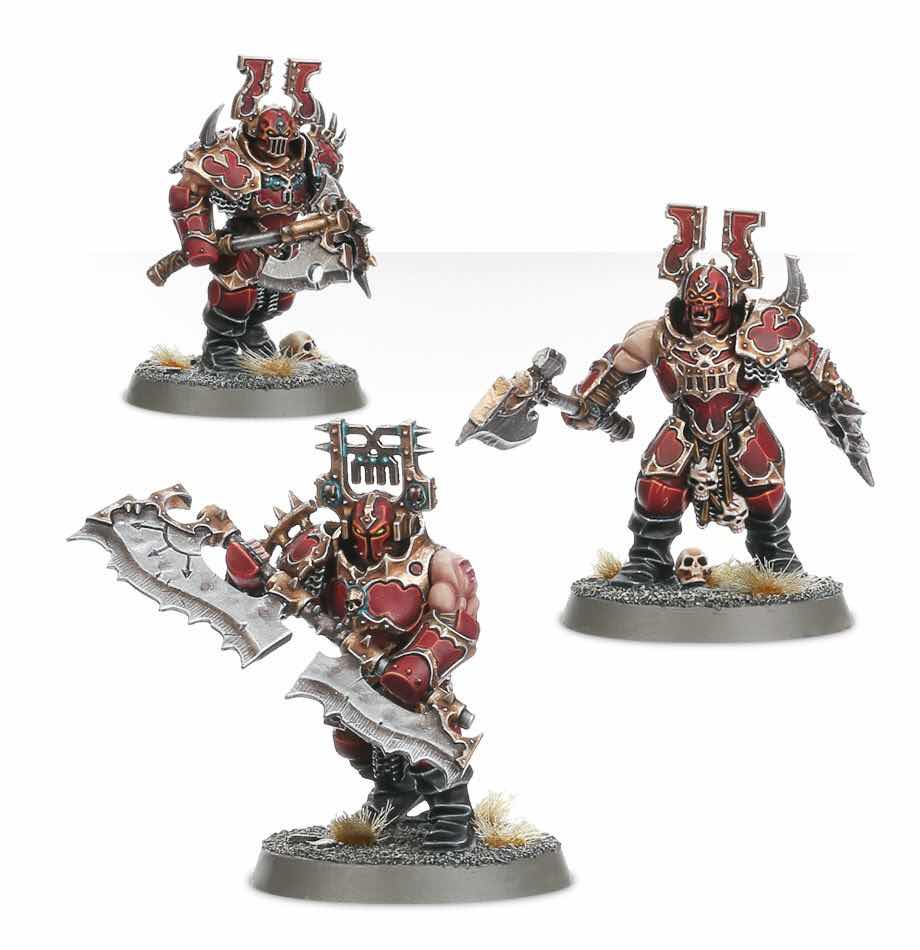 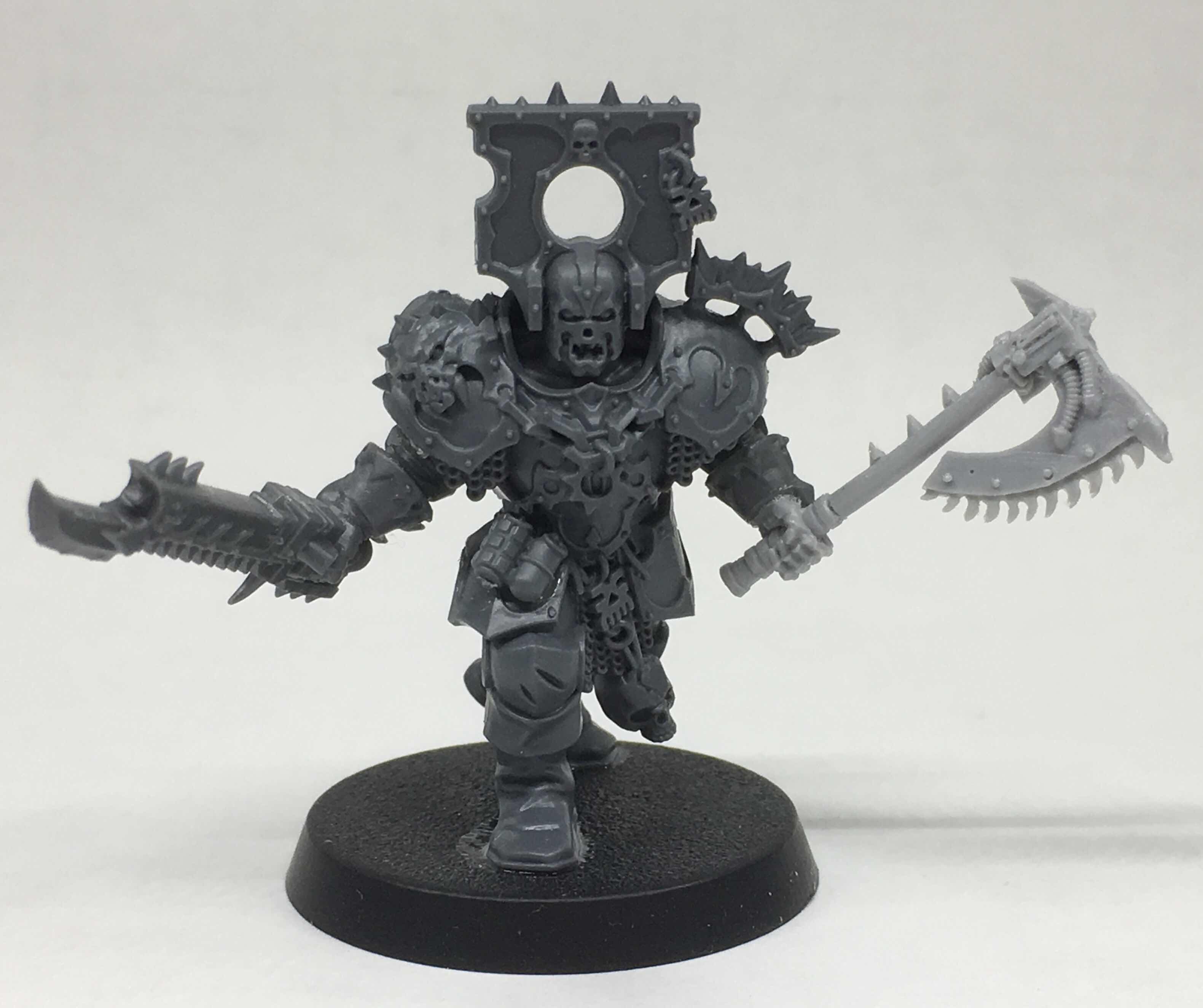 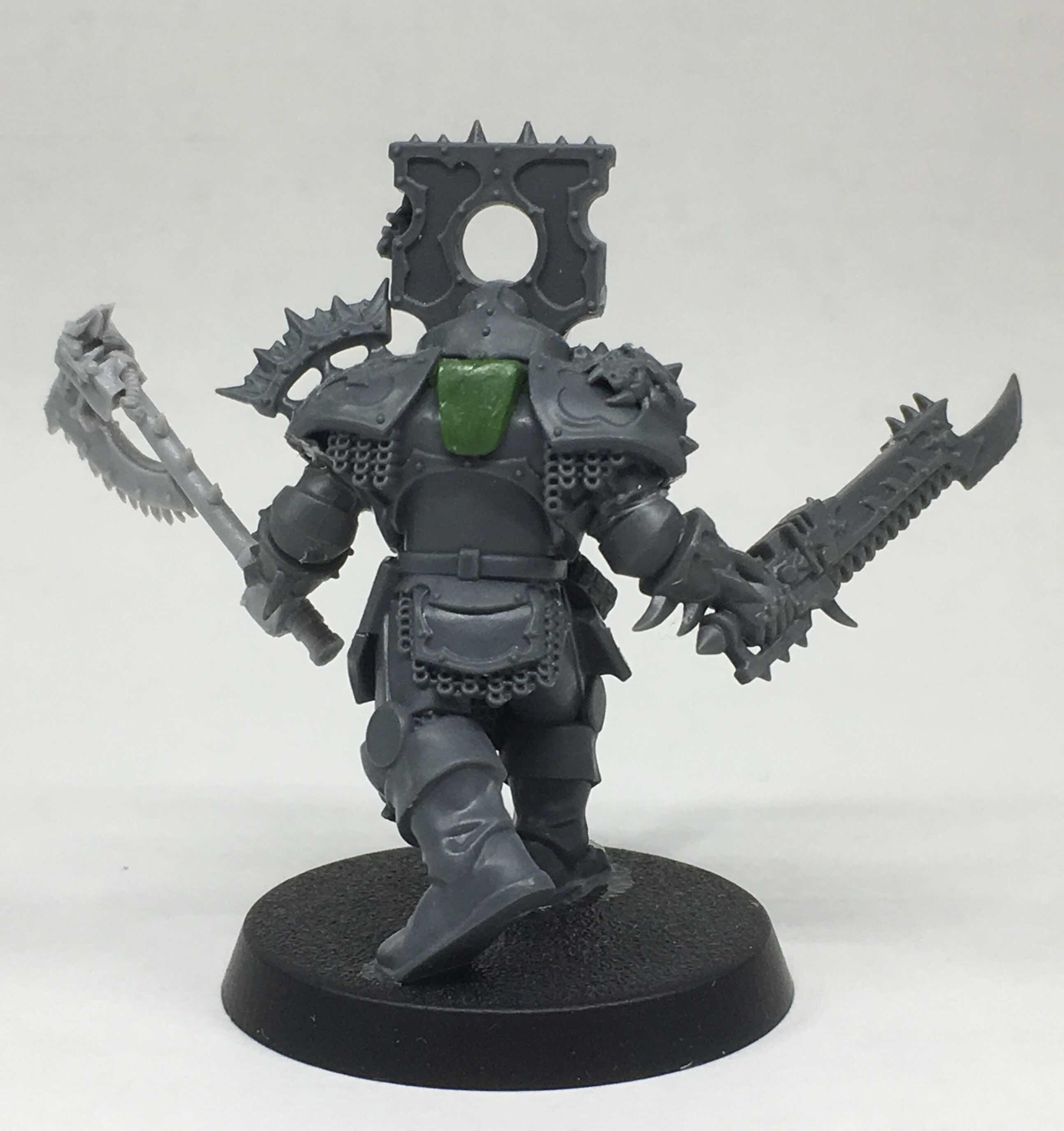 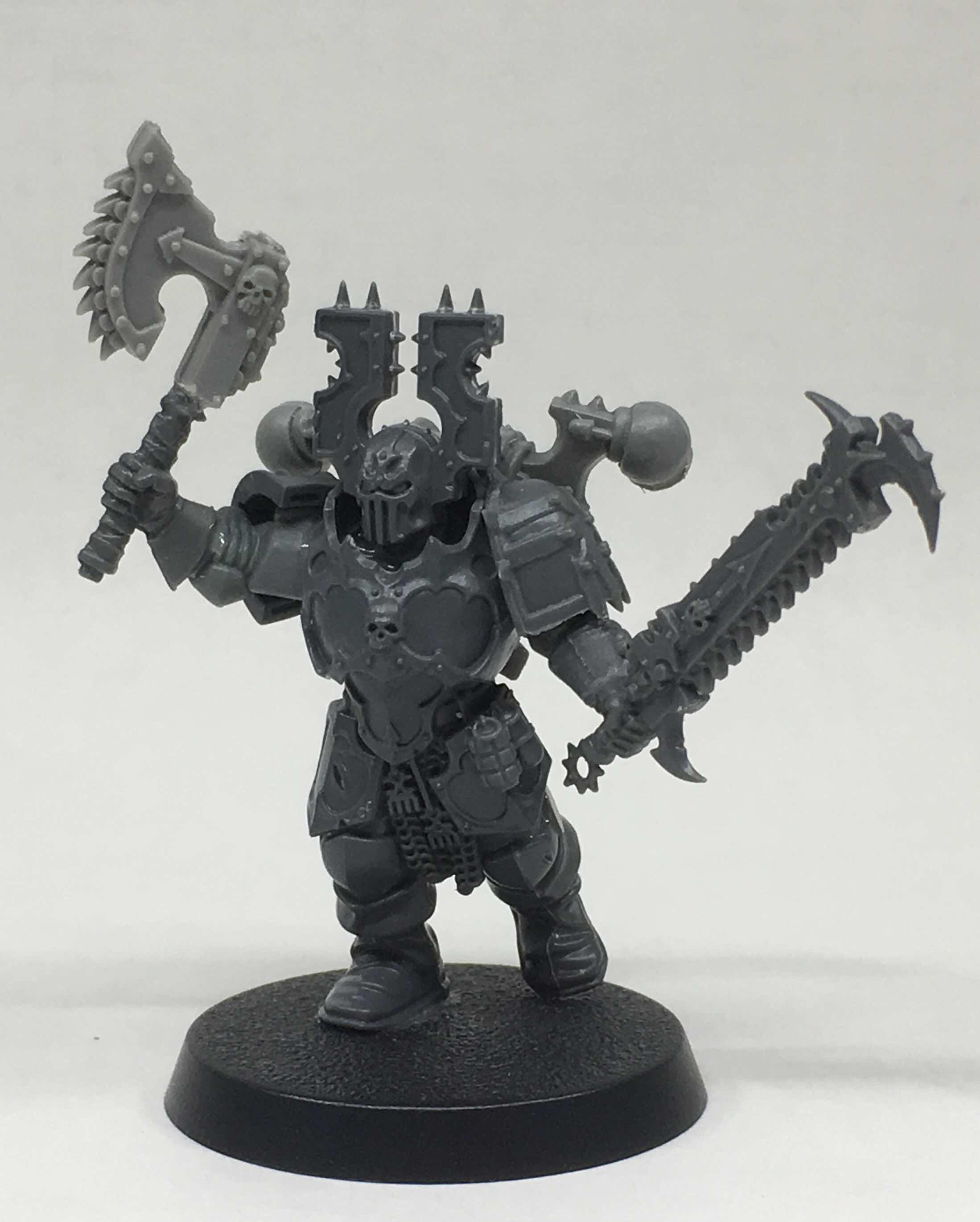 Which brings me to the next darlings of the AoS range, the new Nighthaunts.  Seriously... if you collect AdMech or make Dark Mech stuff and haven’t thought about using these models for a basis you REALLY need to reconsider.  It’s a bunch of robed figures, floating around with skulls for heads.  If that doesn’t scream AdMech I don’t know what else does exactly.  So I’ll give you an example of what I mean.  This past weekend the model “The Craven King” was finally available to pick up.  Great model. Good size.  Lots of flowing robe action.  I was smitten with it as soon as I saw it and wanted to try to something with it.  I mean... look at it! So I ordered two, sometimes my ideas don’t go as planned so I wanted a back up, and if everything went ok I’d just make the extra as it’s supposed to be at some point. 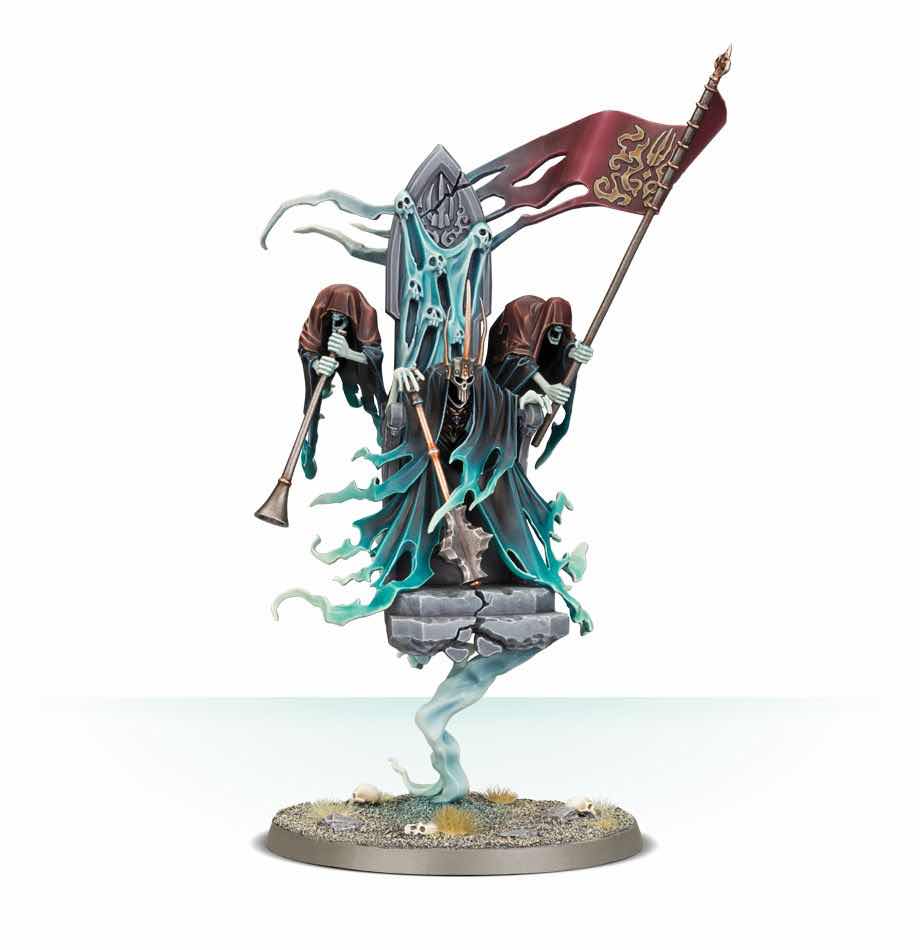 So being a Chaos player the question was what to turn it into and then it hit me... that needed to be a Hellwright on Dark Abeyant from the FW Index!  Add some AdMech and Chaos bits and it would work.  I knew it would work.
Ok... I was PRETTY SURE it would work but there’s always that doubt, yeah? 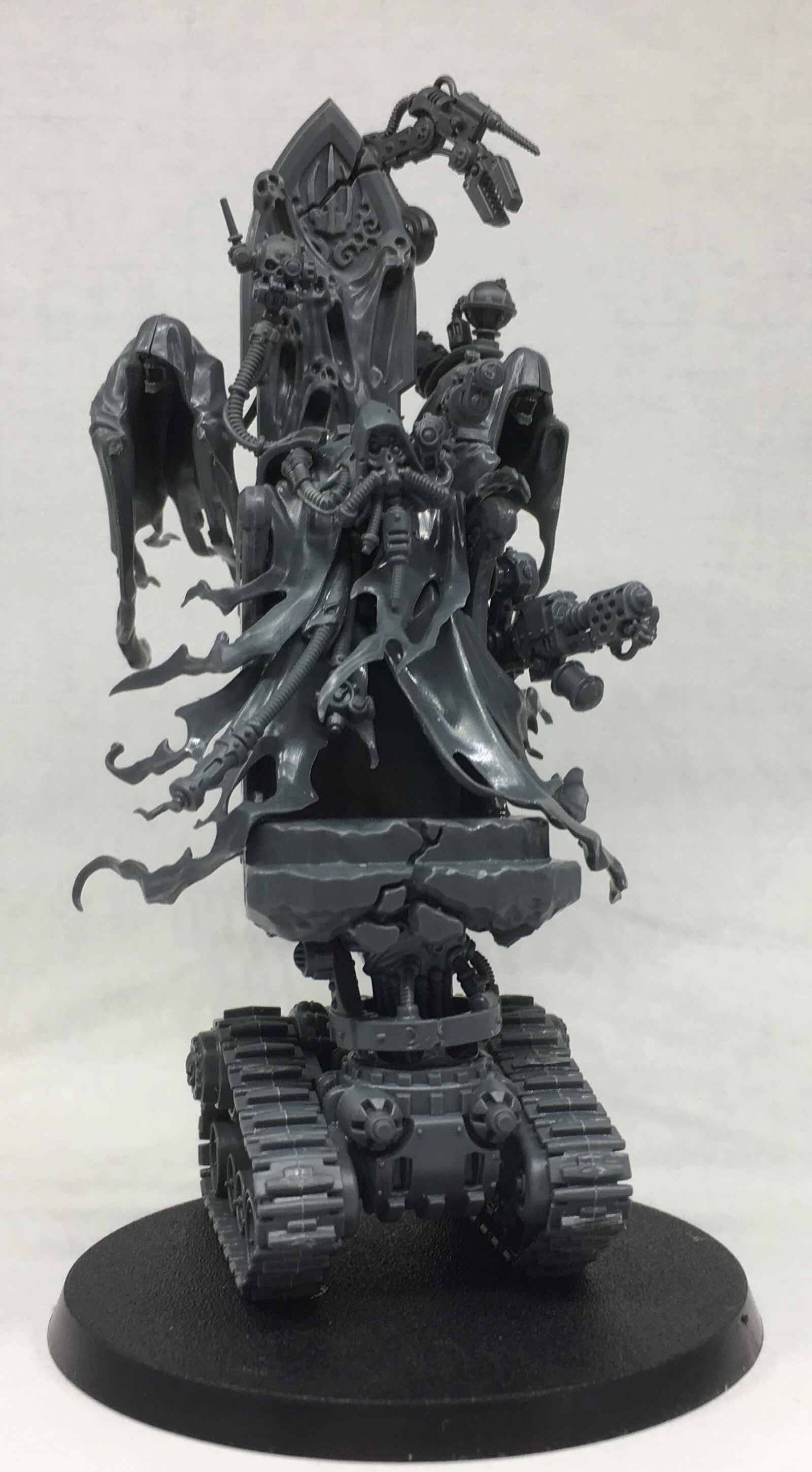 And so far it has worked.  It still has a long way to go as far as being complete, but it’s definitely well on its way.  The Warpfire lance is almost finished and ready to be mounted in one of the side ghosts.  The void cutter, which I believe is just the warp version of a lascutter, I’m still figuring out, and I have to figure out a way to put an axe in his hand.  Add some more tendrils for Mechadendrites, a little green stuff to tie it all together and it’ll be finished.
So don’t be afraid to modify your models for a unique army that’s yours.  And look through the AoS range for even more ideas, and unique models for those ideas.  There’s so many new and updated models there it’s kind of ridiculous, and you’d be doing yourself a disservice by not checking it out.  I mean I love the new Nighthaunt range.  It’s so dynamic in motion, while also being very minimal.  The next idea I had from that range was using the Glaivewraith Stalkers as the basis for my Dark Mechanicus Kill Team.  Once stock is in again anyway. 😀