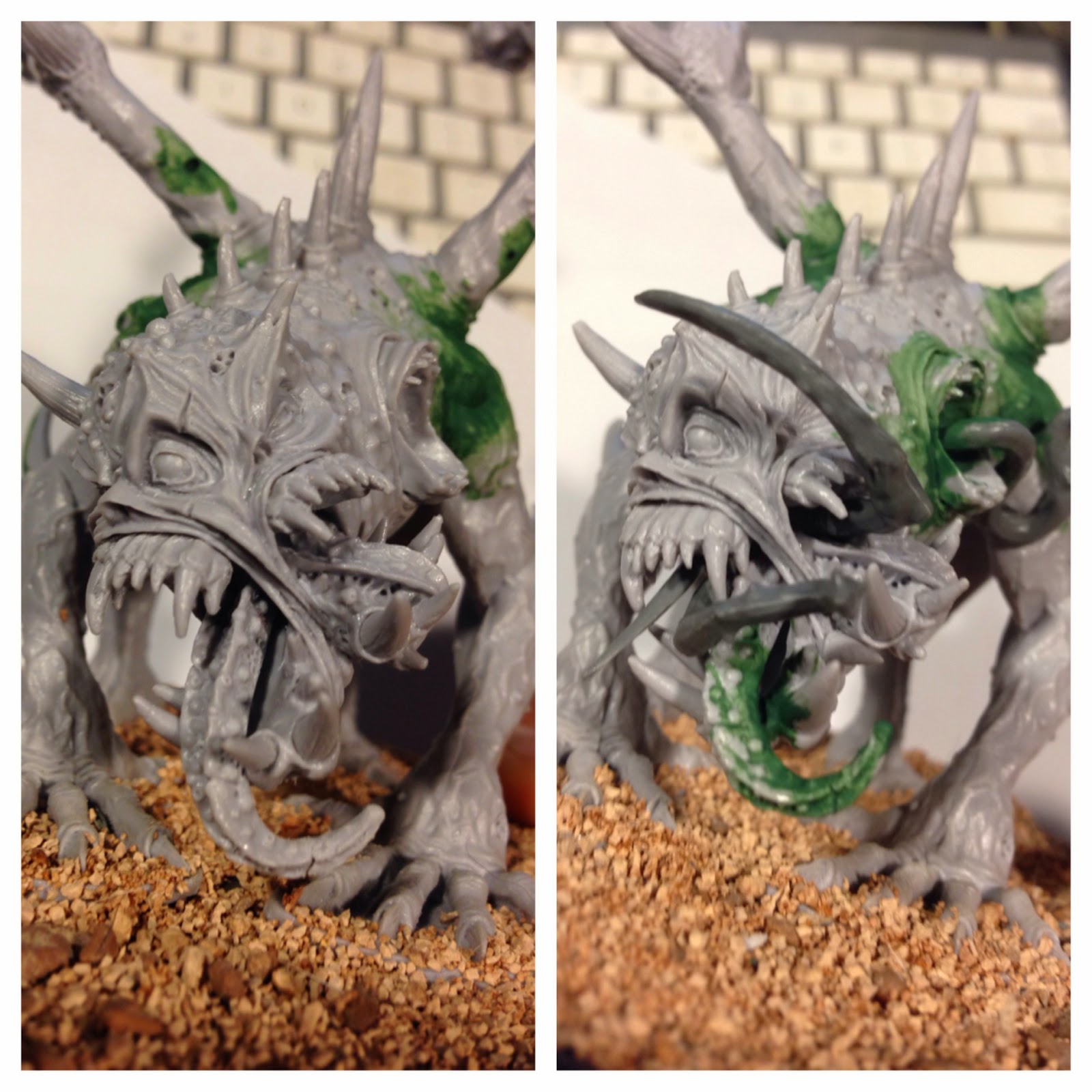 So when the Chaos codex first dropped people were raving about Nurgle Spawn and how tough they are, and I have to agree with that.  Shortly after I was able to secure some eBay deals to boost my one Spwan, a hold over from the days when they were followers (i.e. equipment), to 10.  They are an excellent tar pit unit, and can actually kill things sometimes.  Since I let my buddy use his Forgeworld all the time, I started thinking about using some Chaos units after I got the new Imperial Armor Apocalypse book, and the first thing that jumped out at me was the Giant Chaos Spawn. 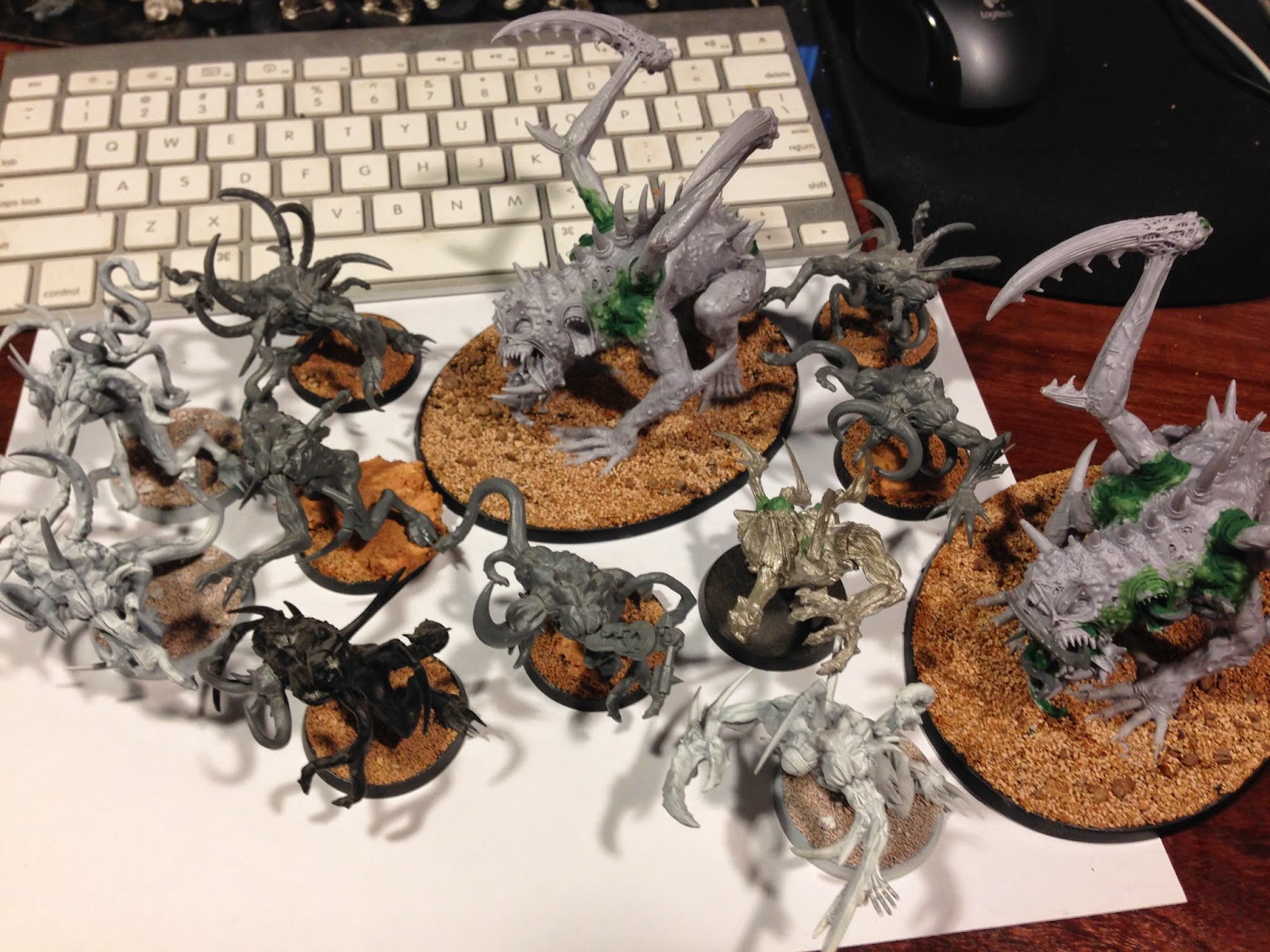 I was able to use one of these creatures my last game, and it is a beast.  S6, T6, and a 4+ save make it pretty durable and it has the chance of getting a 2+ Feel No Pain to add to it's survivability.  It also has D6+2 Attacks with Rage.  Which means that on the charge this thing can put out 11 S6 at AP2 since it's a Monstrous Creature (...or maybe only 10, I believe that now with 7th no stat can go beyond 10 but I need to double check).  It also has the ability to give a S6, AP -, hit to models in base to base at Initiative step 10.  It can also reduce the Initiative of models in base to base by -2.  What makes this thing not crazy over-powered is that the powers it has access to (the FNP; the I10 hit; and the -2 I) are all rolled for on a D3 once the creature is in close combat, furthermore, unlike normal Spawn it is not a Beast so it lumbers around like normal Infantry.  Still... that is a awesome set of abilities!

Normally I don't buy that much Forgeworld at all, but when they were running free shipping last holiday season that actually made these cheaper than a plastic Slaughterbrute or Hellpit Abomination.  Both of which I have seen used a proxies for a Giant Chaos Spawn.  So I got two.  I slightly converted one, I gave it more tongues so i could tell the two apart on the battlefield.  Yesterday I was able to finish attaching limbs to all the little ones, do a double check to make sure all the mold lines were gone, counterweight them to make them less tippy, and finally prime all those gribblies. 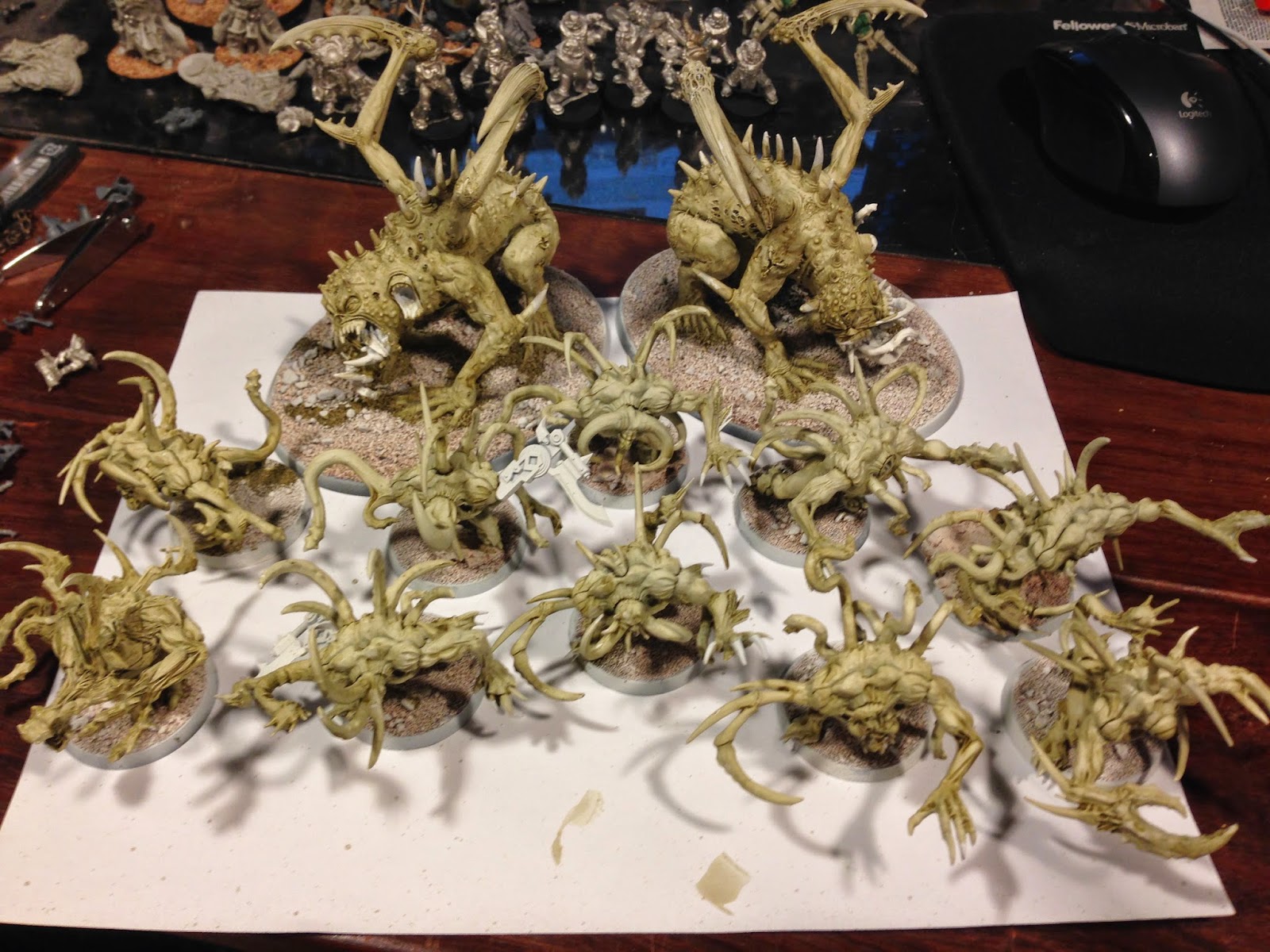 Last night, and this morning, I was able to get the first colors down.  Since they are fleshy and not power armor, I decided to prime them white and mostly use washes to paint them.  I'll be using a variant of my Nurgle recipe since that's the mark I always give them.  Khorne doesn't give them anything extra since they already have Rage.  Slaanesh makes them I4, so meh.  Tzeentch gives them a 6++ which isn't that great, but I guess it's better than nothing?

Anyway I'm excited to get these guys going, and should have them done hopefully by early next week given work and all.  During which I hope to get the Sorc from last post primed black along with my Dark Mechanicus Warpsmith AND... 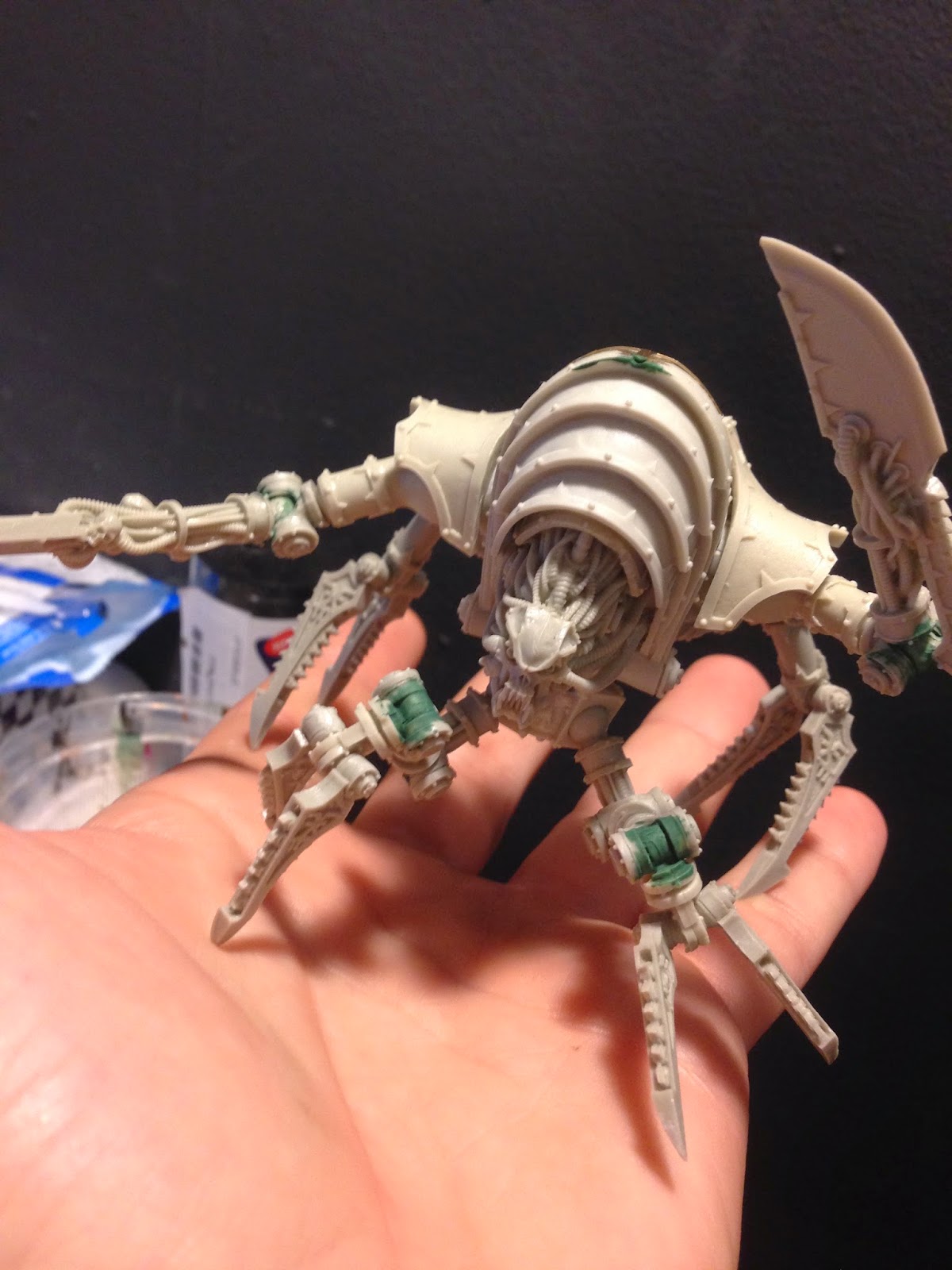