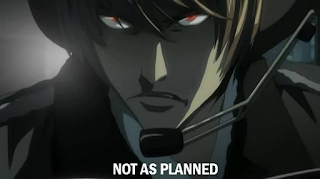 So remember that previous post about having a light summer and I was all excited about how much time I could have to work on my hobby...

By good times, I mean it didn't happen at all. 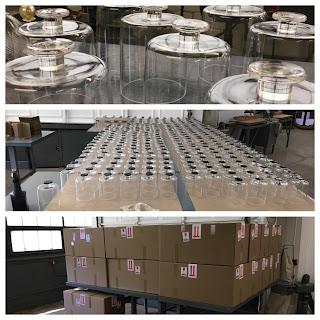 Seemingly right after I had posted that, I got an email for a large commission that was pretty much impossible to turn down.  The payout was very, VERY good.  I'll put it to you this way, I could buy 16 Warlord Titans, with weapon arms, for the 5 weeks worth of constant work.  That didn't stop all my hobby progress.  It just reduced it to a glacial crawl on the weekends only.

What ended up happening was reduction of models I was barely using and a restructuring of units kept, if needed.  So a lot of units went away... Berzerkers, Plague Marines, old Rhinos, Predators, my Chosen of Abaddon project, pairing down the Terminators from 15 to 6 and reclaiming magnets, metal Raptors, my old robed Word Bearers, etc.  Bascially just trying to clean house, and get a handle on what I have to paint without having stacks of boxes and/or sprues staring at me.  This also forced me to finish building units that I had started, like my Possessed.  So I start doing this, and then this interesting stirring of the warp occurs... the rumors of the new supplement Traitor's Hate.  That it has formations, vehicle squadrons, etc. 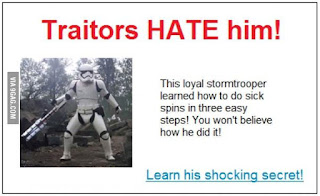 This almost always seems to happen to me when I have a major shift in my hobby plans.  The only reason this does happen is because my hobby time is limited and very slow, apart from building models.  However, I now have a stable core of choices to pick from now and have been mostly using the Black Legion supplement as a blueprint for any units I wanted to add.

Khârn
Abaddon
Cypher
Warpsmith, I'll need 2 more I think...
3 Demon Princes, MoN with wings, MoT with Wings, MoS/MoK
Fully magnetized Lord in PA with almost all the options, working on a backpack swap next
5 Sorcerers, 2 with swords, 2 with staves, one in terminator armor with an axe
3 Dark Apostles, MoT and Brand, Unmarked, and Erebus... so he is probably next on the paint table, I mean, Erebus is a bad ass model
Unit of 7, Chosen for CC, 5 magnetized for weapon swaps, this includes a magnetized icon and special weapon
Unit of 6 metal, plasma Chosen
Unit of 6 plasma Chosen, need to magnetize for meltas and flamers
Unit of 3 Terminators X 2, combi-meltas and chain fists, magnetized
Unit of 5 Possessed X 2
2 units of 5 CSM which have to be built for the formations, I'm toying with the idea of giving them Lascannons maybe ACs
Unit of 5 Raptors with meltas, Champ with a fist X 2, I'll probably take the fist off and just use melta bombs but I love the look of the fists...
10 Spawn
Unit of 5 Havocs with ACs X 2
Land Raider
Dreadclaw
5 Helbrutes, 2 magnetized
3 Contemptors, 2 magnitized and 1 in progress
6 Oblits
3 Contemptors, 2 magnitized and 1 in progress
2 Renegade Knights, one conversion finished and the other still on sprue
1 Decimator, still PIP 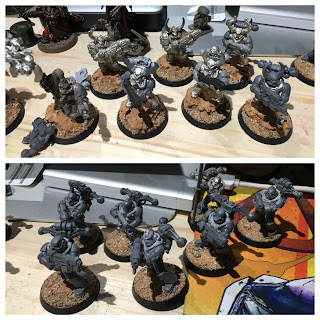 So that's a lot to paint up, but at least it's all mostly built.  This also gets me to a point to be able to run a few formations at once.  Obviously from a power stand point, the Black Legion Cabal is fantastic.  My biggest fear for Traitor's Hate was it would make the Cabal an almost auto-include, and the new powers pretty much sealed that deal.  Despite they are reskinned powers from Angels of Death, those powers are still great for Chaos to get a hold of.  A lot of the other formations I'm interested in running as well.  For example... The Favored of Chaos, The Lost and the Damned, Raptor Talon, and Spawn are all formations I can run, or almost run with a few VERY select purchases. 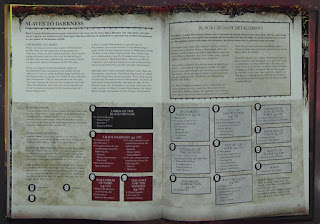 I actually like this stuff, and I'm pretty excited by it. 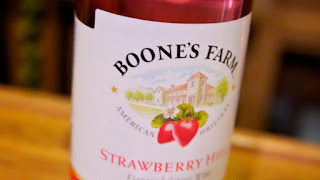 No, not this type of boons farms... this is just bottled pain and suffering.

The biggest thing I'm actually excited about is the Black Crusade detachment because of the possibility to boons farm without having to be in a Challenge.  Get a Lord, give him Gift, get a Dark Apostle(DA) in there somehow; probably from the Lost and the Damned formation maybe another CSM CAD, profit.  The ability to roll on the boon table twice at the beginning of every turn, keep one OR both boons, and get rerolls from the DA can make a Lord go Super Saiyan pretty fast.  Put that Lord in a, considered by many to be sub-optimal, close combat Chosen squad with an Icon and see what happens.  So far a Lord with MoS, Black Mace and a Sigil, in a unit of MoS Chosen with 5 power mauls and an Icon of Excess for the FNP, add an DA or maybe a few Scorcerers with staves and put them in a Dreadclaw is a build I keep coming back to.  I'll need to check the rules but I'm pretty sure you could take the FNP roll, since it's not considered a save, to get out of the Dreadclaw eating a squad mate, but again... I'm not sure, especially with the draft FAQ out.  But back on track, a Lord with Gift and two turns of rolling on the Boon table... assuming he doesn't have some very unfortunate event beforehand, can give you the following results... 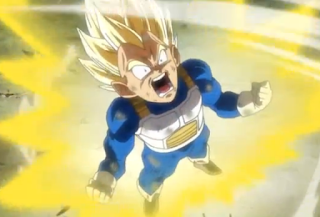 That's a pretty powerful Lord in a short amount of time.  Now the size of the current Boon table is something you want to roll on for more options.  I only say this because in my latest games I've been using the Eye of the Gods table from the Path to Glory warband supplement.  Primarily for better boons and god specific marks.  On that table, since it's so small, multiple rolls can be a little lack luster.  Primarily since I still skip a boon I've already got, so you can lock out the list in pretty short order.  For example getting boons on the Eye of the Gods table was as follows...

Gift roll - Change the Attack characteristic to D6
Turn 1 - Gain Fear
Gain Demon, DA reroll - Reroll failed Armor saves
Turn 2 - Reroll failed Charges, including any unit the character is a part of
At Initiative Step 10, enemy units locked in combat with this Champion; or his unit; must

take an Initiative Test.  If failed, that units WS is reduced to 1 for the duration of the phase.

That was an uncommon example of really good rolls on such a short list of boons.  However rerolling charges and having D6 Attacks on top of the demon weapon's D6, at Int 6 isn't anything to sneeze at.  Yes, this particular model does become a fire magnet.  However you can do this again to any model with the Champion of Chaos rule.  So having another bruiser is a definite possibility.  That model won't be as strong as quickly, but it could give you an edge before a Challenge.

Another thing with The Black Crusade detachment is getting Hatred:Armies of the Imperium.  It also allows any unit that can take Veterans of the Long War (VotLW) to do so for free.  This a great little flavor rule for running a Black Legion based Crusade, which is what I want to do.  While it's not necessarily great on any unit that can take Veterans of the Long War, which is just Hatred:Space Marines, and most people take it for the LD bump anyway... it does make Cultists, Spawn, Helbrutes, Defilers, and Maulerfiends pack a little more punch in that first round of CC.  I think that with Traitor's Hate, there will be more combos over time, this always seems to happen with any Chaos release.  A vocal percentage of CSM players will not like it, and that's ok, but I think to completely write off certain parts is just being petty anymore.

With everything that Chaos has available to it currently... a CSM codex, Demon codex, Khorne Daemonkin codex, Black Legion supplement, Crimson Slaughter supplement, IA:13 not only for the CSM units but for the R&H lists as well, Siege of Vraks, Apocalypse, Traitor's Hate supplement, new psychic powers, and tactical objectives... there really shouldn't be any problem thinking of something that could work together.  Do all the rules make sense, and interact well?  No.  Again, I think once a new CSM codex drops with some tweaks... point drops, some new rules maybe; like Stubborn, actual Cult lords, some new Demon weapons, etc... a lot more players will be happy.  I don't see GW going to Legion rules ever again.  They are pretty much making Chaos what is written for 40k.  Lots of Cultists with their cruel masters and their Demon engines.  I think they are almost there, they just need to inject some life into CSM to make them more like how they read... something to give a Space Marine pause, like some of the mechanics happening in Traitor's Hate. I'm patient, and I'm willing to see where the Black Crusade takes CSM.

It's exciting, and a little nerve wracking for my favorite faction, but more exciting than anything else.