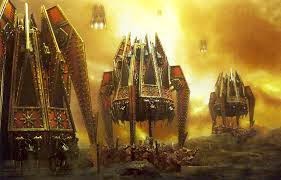 Yesterday ended up being a really good day for hobby time as I was able to pretty much finish the Dreadclaw minus some bling. 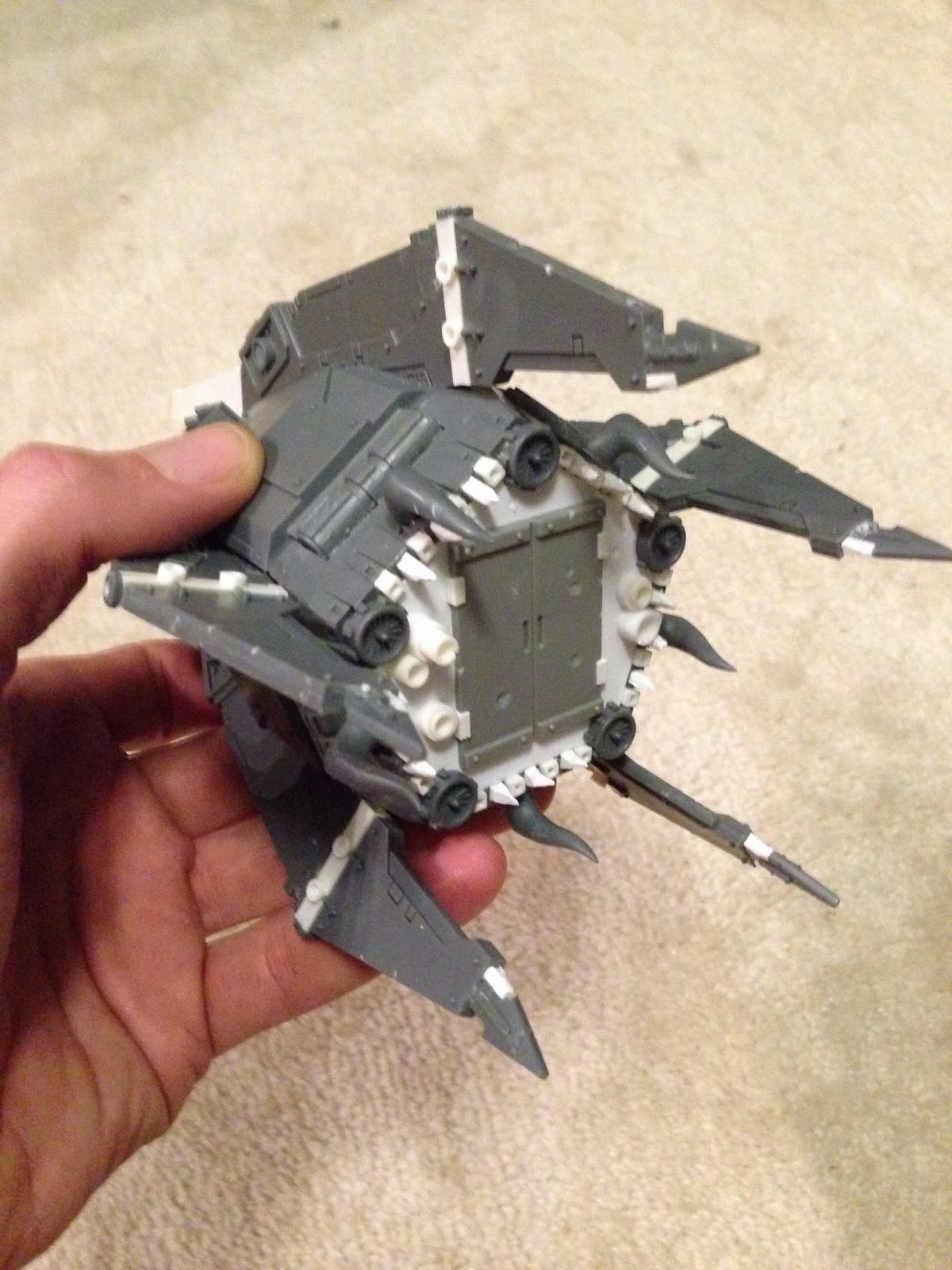 As you can see there's a lot more plasticard from last time.  Basically it was really simple to trim a piece down to fit where the pods retro-thrusters would normally go.  I just traced the outline of the bottom on to the plastic, and then cut it a little big at first after measuring how much to trim off.  Then trim and check, trim and check, yadda, yadda.  The door for the bottom is from the old-old Rhino kits before the current version.  I also sawed out some replacement fins for the top out of some really thick plasticard, and the template I made earlier worked like a charm.  Add some tubes, stick some claws and tentacles in a few of those tubes for the Demonic Possession rule, some teeth-like protrusions... and presto.  One, mostly, finished Dreadclaw!

But then there was the whole thing about getting it onto a flying stand... 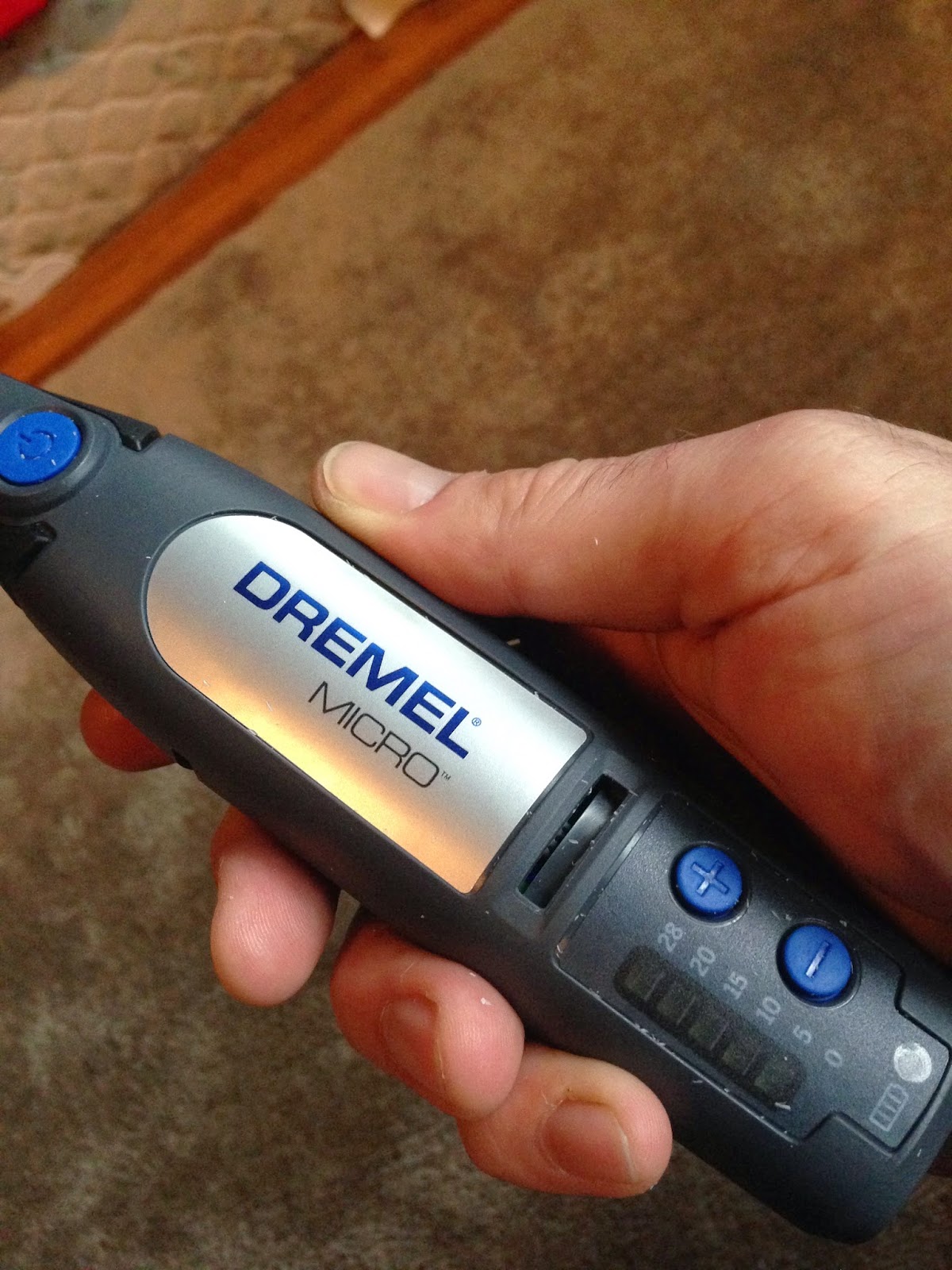 If you do a lot of modeling and don't have one of these, I really recommend that you get one.  This one was a little bit more expensive.  It's variable speed which came in handy, but the thing to remember is as long as you can change out bits you'll be fine.  This made cutting the hole for the flying stand go so much easier and faster.  By faster I mean about 40 minutes or so.  Doing it before hand, you know... before finishing the model, probably would've been better.  If I make another, now I know. 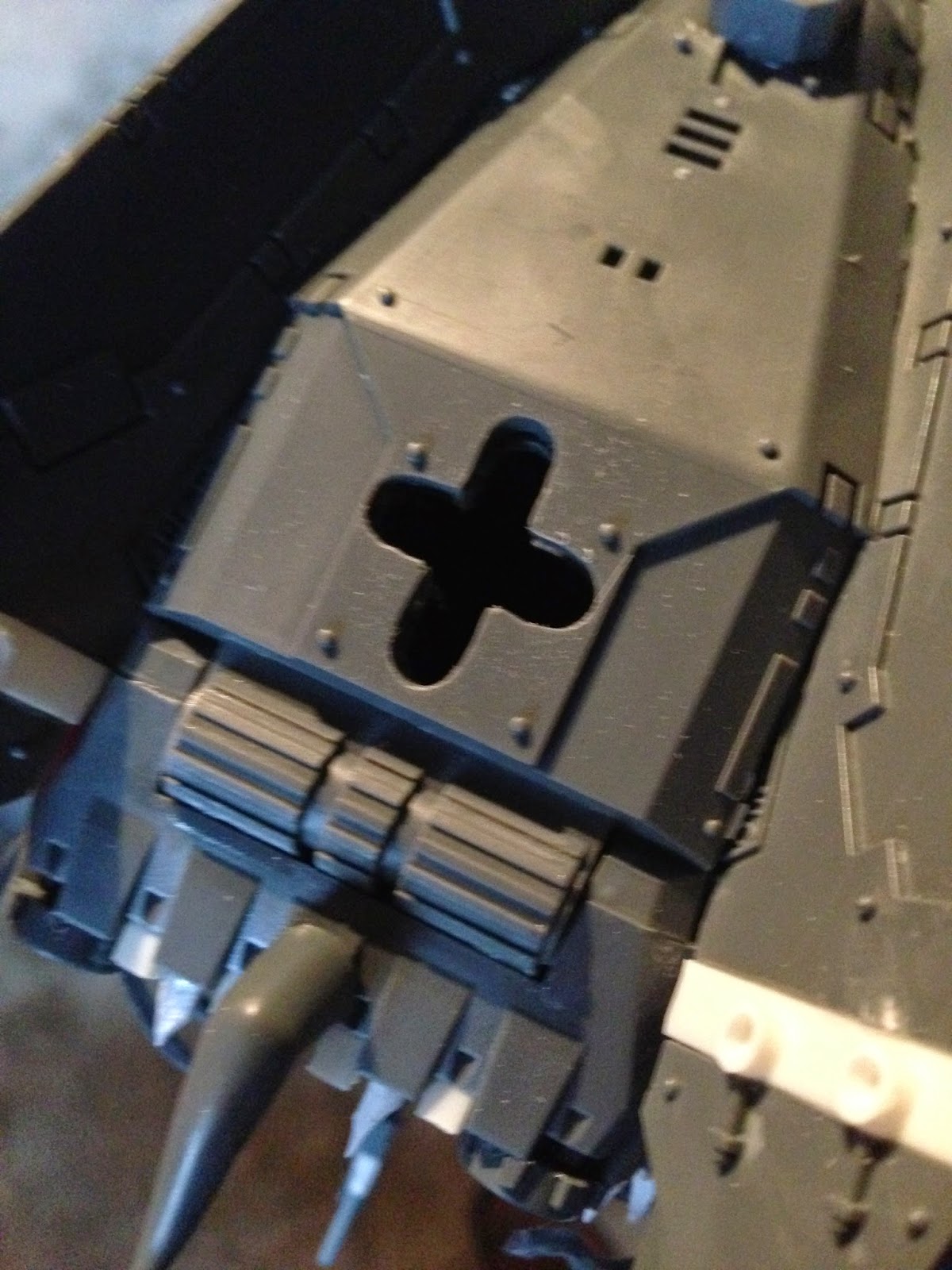 I ended up using the flying stand from my Heldrake to pencil out where I wanted to start cutting/drilling/modifying.  I had a 1/8" wide, ball cutting bit chucked into the Dremel and used short stokes to work the entire "cross".  One thing I should mention. I did use both halves of the door for the finished model, as I wanted something sturdy and more rigid.  This actually helps with the flying stand since you have more material to actually rest the pod on the stand with.  I had gone through the first layer of the door, taking my time, and checking the top of the stand to the hole often to see where it was and where it wasn't lining up.  Put the pod on the stand, and it was way too tippy as the area the stand rested in was just too shallow.  Only about 1/4" in depth.  So it was a simple matter of going through the inner part of the door, just like before.  Once both halves of the door were cut in, I switched bits to a 1/8" cylinder cutting bit.  This allowed me to really shave off just a little bit of plastic at a time on both halves of the door at the same time.  Again going slow, and not pushing really hard either. 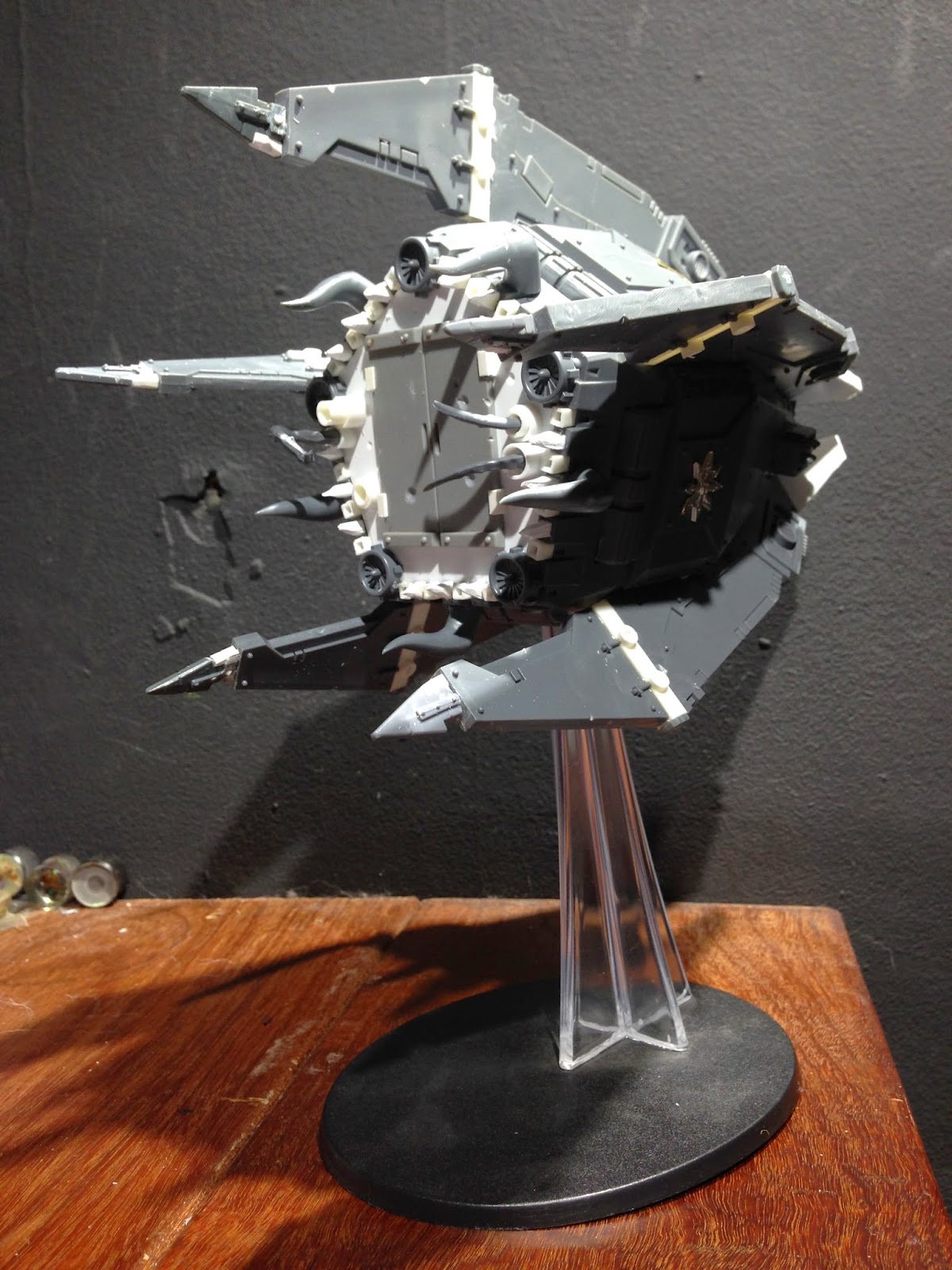 There you have it, now my Dreadclaw can go into flying mode... 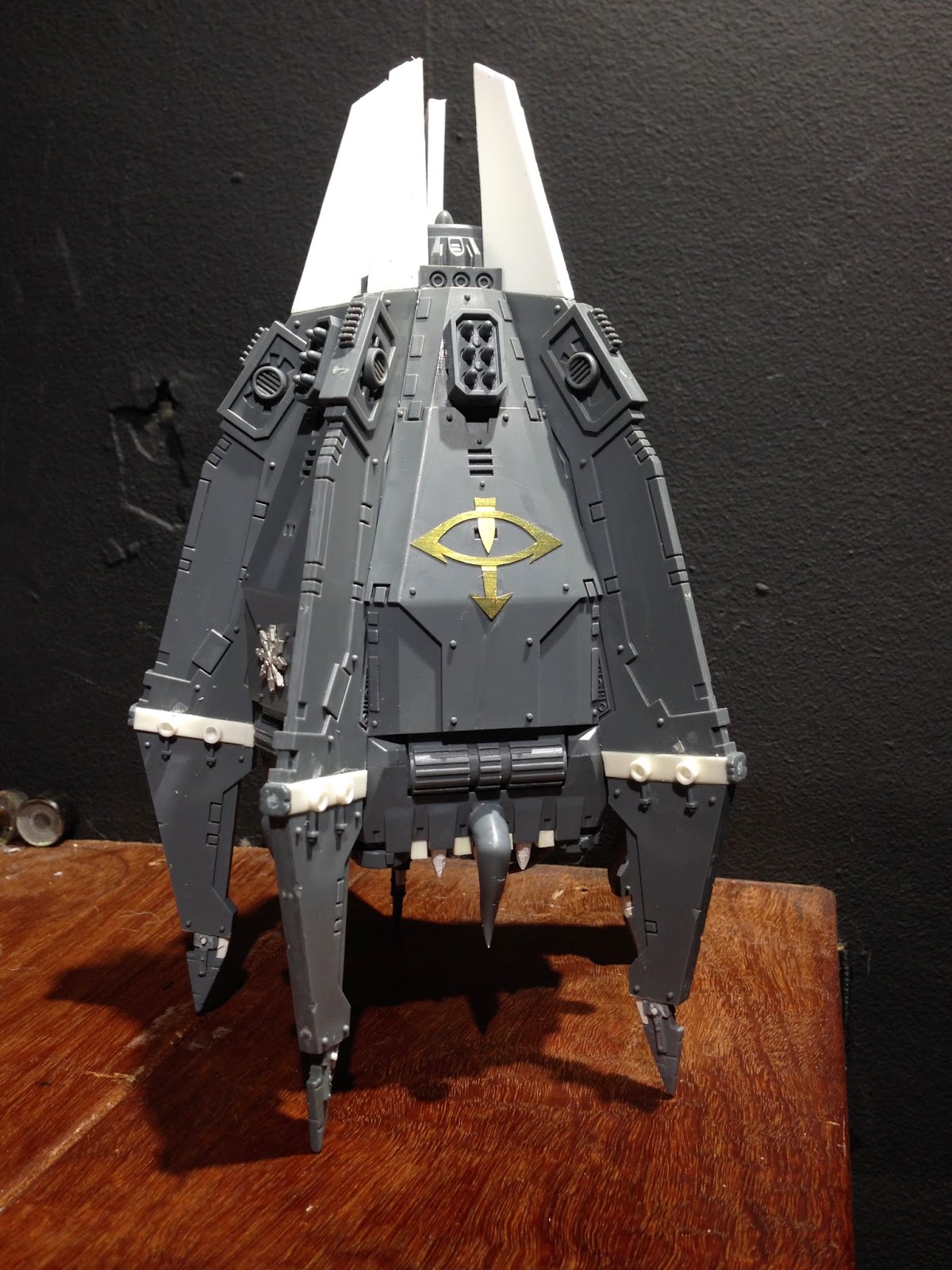 Now if I could just get a flying stand ordered, most places... including GW... seem to be out at the moment!