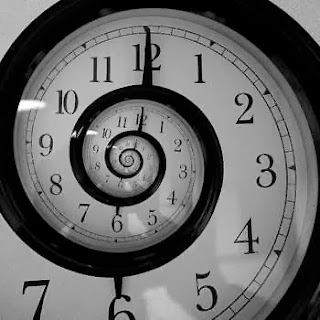 So, it's been awhile since the last post.  That's ok, it's been a busy school year.  A freshman design class and a beginning glass survey class can keep you on your toes.  But enough of that, right now I'm vacation... it started on the 13 of December and goes until the 13th of January.  About a full month off and it's consisted of doing some glass work, assisting in the hot shop, and some model/game time.  A fair amount of model time actually.  Since we last talked there have been quite a few projects that have come up.  Some of them even finished or at least closer to being finished.

So without further ado, here's a quick list of things that I have been up to.  This list is by no means exhaustive.  I may have forgotten something here or there but this is the gist of my hobby work for about the past 3 months or so. 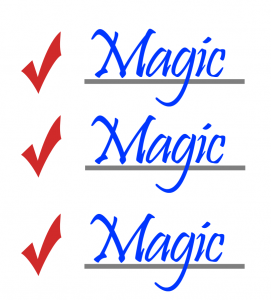 (I also realized I had been posting to twitter much more frequently than anywhere else, and that's another reason that I've been slow to post here.  If however you can't wait for blog posts, and you have a twitter account, then search for 40kChris and that's me.)

One thing I will do is break this down into smaller posts of content.  So an additional 8-10 posts in the future!  It's much easier for me to post several smaller things, and manage all those resources... like photos, color recipes, etc... than an epic post that no one finished because TL;DR.

1. A Dark Mechnicus inspired Warp Smith for my Black Legion.  Turned out way better than I had thought.

2. A failed attempt at a Discord based Dark apostle for my Black Legion.  I think I might have it figured out though, so I need to try this again.

3. Purchased the Be'lakor Dataslate... wow... need to get a plastic demon prince and convert one up with the Manticore wings I have.  He'll be a proper size and have different wings to mark him out on the battlefield.

4. The rebuilding of a hand-me-down Land Raider for Abaddon.  A buddy of mine has several Land Raiders.  He was discarding one, so I snagged it.  It was the all around heavy flamer chassis, some Simple Green soaking and reconstruction later (I didn't have LR doors so I had to beef up some Rhino doors to fit) and it's done!

5. Purchase of Escalation and Stronghold... and flipping out a little, but in a good way.  Gods I want to get a Stormlord to have 20 frothing Berzerkers assault out of that... but I get the Lord of Skulls for CSMs and Demons.  Yay.  I'll think about it, but that Slaanesh Demon Lord from Forgeworld is looking REALLY tempting.

6. Completion of Abby's Chosen and primed black.  I'll start on these guys once the blocks of Demons I have now are done... which is really soon actually. (See  no.s 9 & 10)

7. Purchased Kill Team rules and have decided to make a Chaos Cultist Command, based off of one elites choice from the Inquisition Codex.  i.e. Jokero as a demon machine, Chaos knight as a crusader, etc.  It will be the perfect little modeling project to take a break from the other stuff... like life.  I'm also treating this as a bits box challenge, in that I'm not buying anything else beyond what I already own to do this project.  So there will be some recognizable bits but a lot is going to be on the crazy side.

8. Purchased the Cypher Dataslate... woah... need to rummage through my bits box and build him.  Yes, my Chosen with Hit and Run, Infiltrate, and Know no Fear?  Yes, please!

9. Primed a 10 strong unit of Demonettes, 10 Bloodletters, 10 Plaguebearers, 3 Nurgling bases, 3 flamers, and a Lord of Change in white and used washes and glazes extensively for coloration.  Something I really don't do... ever, I always primed with black pretty much up until now.  This was really fun and challenging in that it was like working on my watercolors all over again.  It does have a delicate sensibility of color that priming with black just doesn't have.  I won't use it for everything, like my Black Legion, but I'll use it for my Spawn (10), Beasts of Nurgle (2 with 2 more to build), Seekers (5 with 5 more to build),and Exalted Seeker Chariots (1 with 1 more to build) as well.  Basically I'll be using a white primer for anything even remotely close to skin in anyway, shape, or form.  It's been much easier to work with, and the color ends up being more vibrant as well.

10.  Being able to complete 10 Plaguebearers, 3 Nurgling bases, 10 Bloodletters, and 9 Demonettes, all within a weeks time to a better than tabletop quality.  It's rough, but I can do it.  So now I know I can paint a unit within a short amount of time... so no more excuses. :-)  This also allowed me to finalize color recipes for all my Demons based off of their respective god, since the recipe is recorded I can go back to it anytime and repeat the same colors for a consistent effect across the army regardless of new unit acquisition.

In the midst of this there was some discussion of where the game (of 40k) as whole is going, and how it was impacting our local games.  I'm not going to get into what needs to stay and what needs to go, there are enough of those articles out there already.  Both positive and negative, which leads to the next thing.

The community has been galvanized like crazy, and at worst it will be an interesting ride.  One thing I personally find amusing is that for a long time the 40k community clamored for options.  Choices.  More flexibility.  Now that GW is rolling out Codices faster than a puppy mill, and more options have been built in with Forgeworld, Escalation, Stronghold, and Dataslate characters/formations... we are so spoiled for choices right now it's ALMOST disgusting.  Now I say "almost" with some trepidation.  The game of 40k is, ultimately, what WE make of it.  We have the power to play how we want and with what we like.  I think I have to agree that this is almost a Golden Age of 40k upon us.  There are simply too many ways to play any more that you may never know what you're going to face at all.  I know for sure the Be'lakor and Cypher Dataslate are making me look at my CSM/Demons differently.

I guess the point is that I think we can make it so casuals and tourney goers can live together peacefully by making sure to follow "The Most Important Rule" and respect what that means for others.  With Codices coming out at such a high rate, the "meta" seems to flop back and forth, roll around, hit itself, and finally settle on the newest book being broken as all get out.  Yesterday it was Farsight Bombs, today it's Revenant Titans, tomorrow it will probably be some Tyranid gribbly that "breaks the game" for being too über.

Can't we all just get along... in 40k?
Posted by Chris at 10:32 PM
Email ThisBlogThis!Share to TwitterShare to FacebookShare to Pinterest
Labels: 40k, Chaos, Conversation, Hobby