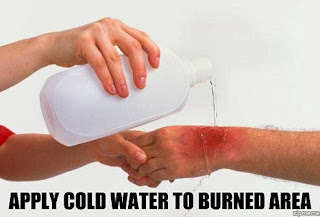 This past weekend I played Black Legion against my buddies Iyanden Eldar.  I had 9 Cultists alive at the end of turn 5.  It was sort of an eye opening experience as it was the first real 6th edition codex I was playing against.  My opponent's first love is Space Wolves.  I can understand that, that was my first real attempt at collecting an army... well actualy that was 13th Co., but I digress.  Points was set at about 1860, if you're a couple over or under it doesn't really matter to us.  For myself, it was a lot of firsts for me in this game...

and... it was the second time for me running Obliterators. 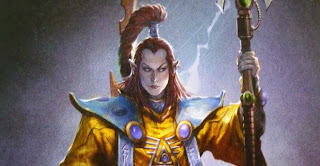 My buddy was using a 10 strong unit of WG with Axes/Shields, 5 WG with D-guns, 2 WLs, a WK (also the Warlord), 10 Rangers with sniper rifles, 2 x 3 Jet Bikes with a Shuriken Cannon, 1 Crimson Hunter Exarch, and three Spirit Seers.

I got blasted and torn asunder.  It was great and humbling at the same time and I found out first hand Eldar are little nuts.

Now my friend was making fun of me a little as he said " Thats the smallest list I've seen you make...".  Well he was right about that.  Abby, Lvl 3 Sorc with Last Memory, 6 Chosen with 5 Plasma Pistols; a Power Sword and a Meltagun... in a Land Raider.  6 Chosen with 4 Plasma Guns in a Rhino, Heldrake with Bale, and 3 Oblits with MoN.  Ally in a Slaanesh Lord with Spinshiver Blade and jump pack, 10 Cultists, and 5 MoS Raptors.  So there was some decent CC and they had a good ride to get them there, some quality shots with all the plasma, a backfield unit to cower in fear, a dragon, some lumbering guns, and a fast slicing unit.

It was too slow, and lacked bodies.  Which, I knew was going to happen because a Black Legion army is going to be expensive.  But it was fun to try out.

I was surprised by the Toughness values of some of those Eldar constructs, and the Strength of the weapons.  I don't buy all the codices anymore because I don't have the money to, so I had a few surprises to deal with.  Truth is, I was just outclassed.  Now, I can be like every other CSM whiner and jump ship to the new hotness of the Space Marine 'dex.  To be honest I would use the maligned Black Templar rules... JUST to get at their challenge mechanics.  Gods, that seems like such a simple solution to Chaos' Champion rule... some tools to make your unit Champions stand a chance?  Yes please!  But this isn't going down that particular rabbit hole. (The entire state of Chaos Hate is starting to get out of control, it's pretty telling when they have a stickied thread over on B&C for just that, so the rest of the Chaos Ascendant forum isn't getting clogged with hate posts.) No, Chaos is for me thanks... I've loved the fluff and rules since I've read them so long ago.  No, this is about going back to some basics for the rematch for this coming Saturday, the 9/21/2013. Sorry to report that the rematch didn't happen, I got a cold from school or my child brought it home.  I know that doesn't sound bad, but my buddy has an auto-immune disease AND his girlfriends mother is visiting until the end of the month.  How about we not play Papa Nurgle, or one of his chosen? 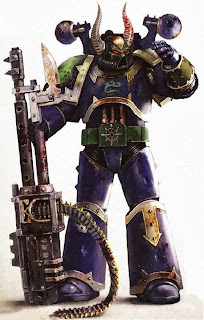 So what does that mean exactly?  More shots!  I had some high quality shots, but lacked the volume of fire to systematically destroy (or at the very least cripple) a unit per Shooting Phase effectively.  When the Chaos 'dex first hit I was using 5 AC Havocs with a pair of AC/ML Helbrutes that would shuffle around the Havocs to extend the range here and there from a central fire base.  14 strength 7 shots with 2 more at strength 8 and all at BS 4.  Now put that behind an aegis and there's my fire base... shooty, durable, and setting up some lane denial.

I still think that the Abby/Sorc/Chosen in LR is good, but it needs tweaked.  By that I mean the Chosen need MoK and the Icon of Wrath.  Weight of attacks, for the Chosen that's 2,+1 for kit, + 2 for the charge off the MoK, at STR 5... make it a 7 strong unit and that's 35 attacks just from the Chosen, to force more armor saves.  More saves = higher chance of failure.  Then add a Demon Weapon, hell... add 2, swap out the Sorc with a Khorne Lord with AoBF or Kharn, and you have yourself a very choppy unit with 3 characters to challenge as you wish.  With re-rolling the Charge out of a Land Raider, it will be a fire magnet unit, but what to support it with?  Now top that off with a 10 man Cultist unit and there's the primary detachment.  It's an expensive detachment as well as all that is 1150 points, or just 1025 if I don't make this a Black Legion primary. 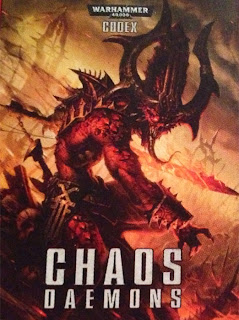 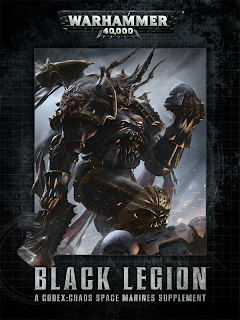 Now what else to take?  Either a BL or Demons secondary could do it to at least try and get some synergy with some units.  I have also seen some great ideas out in the blogosphere using Orks as mutants and it sort of rekindles that Lost and the Damned vibe from the Eye of Terror 'dex.  Lots of real cheap bodies cloggin' yuz gunz, and all tying up your untis and what not.  Decisions, decsions... damn ally matrix.  Anyway.  Really, it's just a matter of what do I want to take...  20 Horrors with a Lvl 3 Herald, loci, and Portal Glyph?  3 Exalted Seeker Chariots for a single Heavy slot?  A Nurgle Soulgrinder?  A flying DP with Eternal Warrior and Spineshiver Blade?  A unit of Nurgle Oblits?  The blessing, and curse, of allies... makes it hard to choose!

I think if I was going for speed it would be a Slaanesh Herald on a Seeker with Loci of Grace and Portal Glyph, maybe Grimoire.  10 Seekers to accompany the Herald, 10 Plaguebearers (maybe Horrors for the shooting), and a Seeker Cavalcade made out of Exalted Seeker Chariots.  The chariots alone are scary at 4 HP each with rending HoW attacks, never mind the Move through Cover cavalry with +6 inches on the run move.

A flying DP with Eternal Warrior... ah, the good 'ol days.  Maybe MoK and a Spineshiver Blade to trick him out.  A fast moving monster, shoot that or the LR...  hmmmmm.  Maybe a unit of Bikes, or Spawn, or a Heldrake, any of those would do really.  Maybe even run a DP with a Spawn shield?  Lvl 3 Sorc with jumpack (or bike), spell familiar, Last Memeory and the Hand of Darkness?  Either another unit of AC Havocs... more than likely... or a unit of Nurgle marked Oblits.  Oh, and either ally list can take a Decimator as it is an elites choice for either CSM or Demons.  *Fun Fact -  Since Abby is an IC and is considered to have all 4 marks, you can buy the Decimator any mark you want.*  A MoK, Rampaging death machine?... ummm, yeah.  Or MoN to give it It Will Not Die, to make it REALLY annoying.

As you can see I have a lot ideas of how to finish this list off.  The problem is trying to fit what I think would work together in a 2000 point list.  That will be the next game size (I think) and will allow me to crank some things around and get a feel for it.  I have the core pretty much thought out, now what about the details?