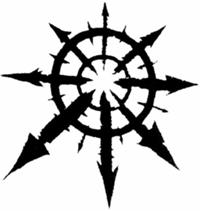 Codex: Chaos Space Marines has hit and there was an overwhelming... silence?  Don't get me wrong, I have seen all sorts of things from "OMG 'tis da bestes!!1! to "Meh".  Which makes me think... did Mr. Kelly actually get it wrong?  Could it be the ball was dropped?  That the real thing didn't live up to the hype at all?  Maybe.  It could also be that there were SO MANY rumors going around that maybe we suspended all disbelief of any type of failure...

Screw it.  It's here now and no use crying over what it could've/should've been.  Really?  We have been living with what will now forever be known as "The Gav 'Dex", it will live on long afterwards much like 3.5 did only without the nostalgia and warm fuzzy feelings.  Does the current codex get he "just right" stamp?  It's not too cold like the Gav 'Dex, but it also isn't too hot like the Haines(3.5) 'Dex either.

There are blogs aplenty that have done their unit by unit breakdown, I am not going to do that.  I am greedy with my time and only really care about how this affects my Word Bearers, and how this might change them (but ultimately how does it change my CURRENT models... ) or turn me off entirely to work solely on my 'Nids.  Chaos, it seems, is indeed fickle. 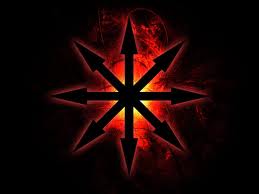 The HQs I have played around with have always been counts as Dark Apostles in the form of Lords, and/or Sorcerers... sometimes in Termie armor, sometimes with an Personal Icon, and sometimes as a vessel for a Greater Demon.  Now I actually have a Dark Apostle to use and, so far, he's kind of a mixed bag for me.  The design standpoint of Chaos right now seems to be Marks of Chaos everywhere, and to get a truly Undivided force you would have to take at least one marked unit from each power.  My inner fluff bunny is dying as I type.

That aside, a Dark Apostle with the Mark of Tzeentch is going to be a tough nut to crack with a 3+/3++ save.  Now the load-out has varied.  The Black Mace, maybe The Brand of Skalathrax, or nothing... but what about The Dimensional Key?  You don't lose any weapons taking the Key, and all friendly units don't scatter after it's activated.  Now, depending on how the 'Dex gets FAQed (and it will need it) this can become the new Demon Bomb if "friendly" includes allied Demons AND the Key works table wide.  At the moment it can be read as an additional effect of the Key's 12" aura or table wide.  But, how to get him into close combat as quickly as possible to activate the Key as fast as possible is the trick... put him with 4 Termies in a Land Raider? 9 Possessed in a Land Raider from heavy support?  With no option for a bike or wings he's kinda stuck hitching a ride with someone else and a Land Raider seems like the most reliable way to get him there.  He could have at least had the option for a demonic steed, a la Jarulek on a Disk.  So, a basic load-out I would do would be as follows...

Not bad, but if I can turn him in to a table wide Icon/Teleport homer that allied demons can use then it's worth it. 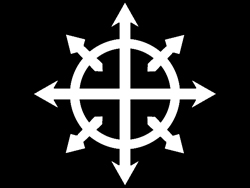 My Troops choices have always been the basic Chaos Space Marine, again Undivided here.  Last 'Dex I was fielding 2 squads of 10 with either Plasma Guns or Flamers, with a Power Fist champ, Icon of Chaos Glory, in a Rhino with a Havoc Launcher.  That clocks in at ~275ish points.  But, you got an all-comer unit with a 3+ save, S8 can opener, and a moving wall.  The unit as a whole was tough and less likely to shift because of the Icon, Morale re-rolls are awesome, and I will miss them.  The Icon also served as a delivery system for my other Troops, Summoned Lesser Demons, which I ran in 3 squads of 8 and they were stupid cheap for what you got.  A marine stat line, with a built in invulnerable save, AND they could assault when they showed up.  A rare, and powerful ability these days in 6th and I can see Ymgarls losing this as well when Nids get their turn.

So how does a basic CSM squad cost with a similar load-out today?

If I wanted to keep this unit really cheap, I would just add a power fist to the champ and footslog them at 205 points. 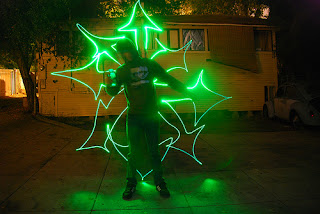 Now where it gets interesting is whether you take an Icon of Vengeance, and make the unit Fearless... which Fearless in 6th is great, just ask any Nid player OR you give them Veterans of the Long War (VotLW) which gives them Hatred(Space Marines).  Going with the former is about 15 points more expensive than the latter.  Then add a Rhino with a Havoc Launcher and you get a range of 237 - 252 points that gives you lots of mobile firepower, with a decent save.

I didn't take the close combat weapons for the squad or a power fist for the champ.  I'm trying to keep the unit on the cheap(er) side and both those options would add another 43 points to the unit.  I would rather spend those points on something else.  This, I think, is the downside of the new 'Dex.  Making sure that you have your Swiss Army unit is expensive with so many options to choose.  So just for the requisite 1 HQ and 2 Troops I am spending 629 points, ~1/3 of an 1850 list, or 565 without the Rhinos... which, by the way, feels a hell of a lot better.

So this has been a rough breakdown of the current Chaos 'Dex with the models I already own, and how those models have changed in their roles.  If I have to redo a good portion of my army I won't be terribly happy about it.  Getting some games in will definitely help me make up my mind, but Hive Guard have spoiled me something fierce.