Help from the Gods 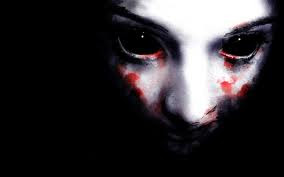 So this post is all about those great unsung heros of the CSM 'Dex, the Lesser Demons.  I know a lot of players don't take them because they are not viewed as competitive.  There are a few that take them, say in squads of 6, but they aren't a major part of the force.  Often being relegated to the "I have X amount of points left, I could get some demons" type of thought.  Then there is someone like me, I play a Word Bearer themed army and demons are a major component of that army.

Now, let's look at the positives...

13 points each, this is the cheapest scoring unit in the CSM 'Dex.
They have the same stat line as regular Chaos Space Marine, and have better leadership at Ld 10.
5+ invulnerable save, it gives them great survivability.
Deep Strike with NO scatter off of the Icon.
Assaulting after Deep Striking.
Fearless, ignoring morale checks can be awesome.
The magic number for squad size seems to be 8, bigger is ok but not necessary and smaller is just too fragile and easily wiped out.

For a good points cost, you get a lot.  However they do have some drawbacks as well.

Deep Strike/Summoning, you need to have an Icon on the board or bye bye unit.
Because they are in reserves they may not show up at an ideal time, however I have played games where my Greater Demon and 3 units of Lessers didn't show up till about turn 4, demon tide for the win... no really.
5+ Invulnerable save is good, but not so good it makes Lessers mandatory for most.
They WILL fold when confronted with a CC specialist unit.  Now this one you can take with a grain of salt, I did have them fold before.  I have also had them wipe out units with good dice rolls.

Some ways of delivery... any way you get Lessers on the board ALWAYS requires an Icon.  Squad or personal, don't forget to take them!  I recently redid my list and changed my HQ around an forgot to give him an Icon... until I rolled for Reserves that is.  Durp.

The Demon Bomb - Usually this involves bikers with an Icon, Turbo Boosting across the board to deliver your demons into the enemy.  This was practiced with the last CSM 'Dex but has since fallen out of favor.  Usually as soon as your opponent sees bikes and demons the bikes become a target priority.

Rolling - This is with your an Icon, in a Rhino or Land Raider, rolling along popping out Demons.  The benefit here is being able to measure the distance from the Rhino/Land Raider hull, often this will put you into assault range after placing your models as per the Deep Strike rules.  Again 8 Lessers here seem to be the magic number, that will allow at least one full ring around center model allowing you to start the next ring closest to the enemy.

Using Lesser Demons comes down to personal preference.  I use them heavily, and in a Word Bearers list they fit.  They have worked wonders for me tying up more expensive units, or actually killing everything they touch.  To me, the ability to assault after Deep Strike is an amazing mechanic and has performed well for me.  What do you guys think?  Are the Demons in CSM worth the points for what they do?  I know they aren't like they used to be... but this isn't about what was.  They perform as well as the dice allow and sometimes that is amazing.