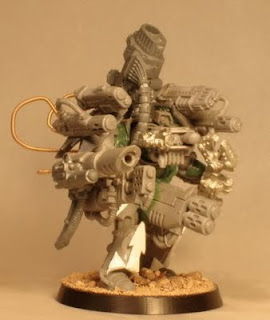 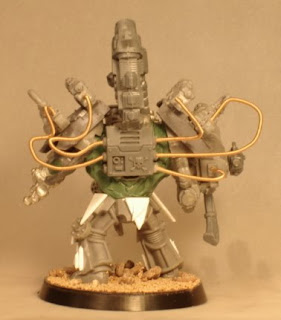 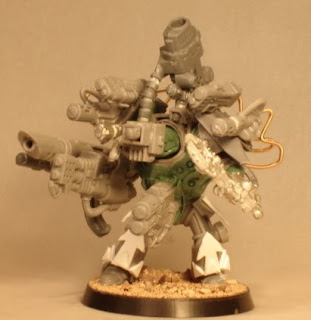 Like many people, I hate the GW Obliterators... they never seemed evolved enough for having the techno-virus. I know that could be interpreted as mid-morph, but meh, they just don't do anything for me. So, like many people, I decided to convert my Oblits. However, I wanted that feel of total walking gun platform. More techno and less Marine. A lot of the bits I had lying around, yes even the SW servitor arms I had for about 4-5 years, some were ordered and it's my first time using guitar string for hosing.
For my Word Bearers, these guys will be Black Legion mercs on "loan". I read Daemonworld, but have a hard time buying the Coven concept put forward by Ben Counter... I don't think the Word Bearers would bother with the techno-virus so much. They can make a few hundred sacrifices and then have Demon Engines, which are way cooler anyway!
Grim
Posted by Chris at 7:38 PM
Email ThisBlogThis!Share to TwitterShare to FacebookShare to Pinterest
Labels: WIP